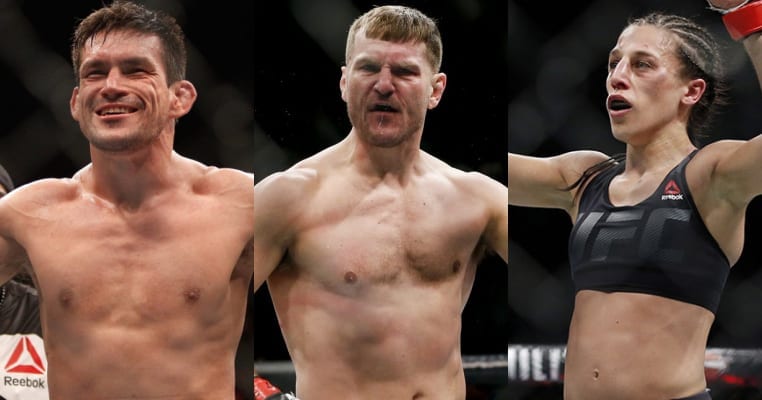 It’s no secret that the UFC has had a less-than-stellar start to 2017.

New owners WME-IMG have appeared to struggle settling into their new roles at the helm of the world’s largest mixed martial arts promotion and it has shown with the pay-per-view (PPV) cards that have took place so far this year.

Pay-per-view has and likely always will be the main platform and main source of income for the promotion, but UFC 208, which took place on Feb. 11, 2017, and UFC 209, which went down on March 4, 2017, weren’t cards to remember. UFC 210, which took place on April 8, 2017, didn’t garner much attention either, as it appeared to have been a rather weak card aside from its main event and co-main event, which ended in a whirlwind of controversy.

With that being said, the UFC is in desperate need of a rebound and the promotion is hopefully well aware of that.

That rebound should come at UFC 211, which will hit screens tomorrow May 13, 2017 live on PPV from Dallas, Texas. Seemingly aware of the slow start it has gone through to start the new year, the UFC has stacked the deck for UFC 211, making it look like a vintage event that fight fans had grown to love.

The upcoming card will be headlined by a heavyweight title rematch between Stipe Miocic and Junior Dos Santos, two sluggers who went back-and-forth for five rounds in a bloody war in their first meeting back in Dec. 2014.

The co-main event has a strong chance to produce fireworks as well, as reigning strawweight champion Joanna Jedrzejczyk will put her 115-pound title on the line for the fifth consecutive time against Jessica Andrade. ‘Joanna Champion’ has proven to be an exciting fighter, and she’ll face a legitimate threat in the No. 3-ranked Andrade.

Two intriguing title fights are set to headline the card, but that isn’t all. No. 3-ranked surging welterweight contender Demian Maia will meet No. 6-ranked Jorge Masvidal in what could potentially be a 170-pound title eliminator. Former lightweight champion Eddie Alvarez will return to action as well, as he takes on No. 10-ranked Dustin Poirier. Finally, former featherweight title challenger Frankie Edgar will take on rising prospect Yair Rodriguez in an interesting clash of styles.

It’s well-rounded cards with a plethora of talent and depth like this one that made the UFC the premier organization for mixed martial arts. Unfortunately, the promotion has seemed to stray away from this strategy in recent memory, but UFC 211 should serve as a rebound, and one that is needed by the promotion.

Let’s hope that UFC 211 doesn’t just mark a rebound, but a return to high level consistency as well.