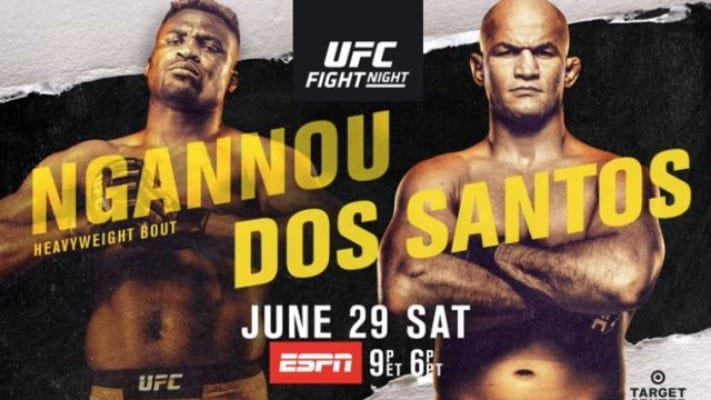 According to MMA Fighting, the show peaked during the main event as 1,247,000 viewers saw Francis Ngannou dispatch of former heavyweight champion Junior dos Santos in just over a minute. As a result, it was the highest rated show on cable on the day in Adults and Men 18-49 and 18-34.

Overall, however, it was second on the day behind the Women’s World Cup game which took place in the afternoon. There was also a huge gap between the main card and the prelims as the latter, headlined by Ricardo Ramos vs. Journey Newson, only averaged 553,000 viewers.

The first ESPN Fight Night was also headlined by Ngannou when he took on Cain Velasquez at UFC Phoenix in February. That event averaged 1,463,000 viewers. UFC Philadelphia which was headlined by Justin Gaethje vs. Edson Barboza, meanwhile, averaged 828,000 viewers.

With a stacked card in UFC 239 taking place this week, it will be interesting to see how the prelims fare on ESPN in comparison. The event takes place July 6 in Las Vegas and will be headlined by a light heavyweight title fight between Jon Jones and Thiago Santos.

Do you expect huge numbers for UFC 239?