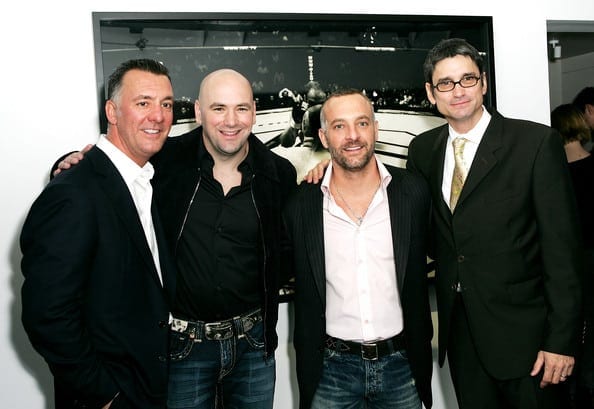 The Zuffa antitrust lawsuit originally mustered by UFC veterans Jon Fitch, Nate Quarry and Cung Le will undergo the next step of the proceedings tomorrow (Friday September 25, 2015). The motion to dismiss the case all together will be presented by the UFC’s defense team, in light of the allegations of abuse of power set forth by the squad of disgruntled ex-employees.

Richard Boulware will be the presiding judge in the Nevada court, and the hearing is set to go down at 3 PM local time. Unlike the hearings for Anderson Silva, Nick Diaz and so many others in Nevada, there’s no digital or audio recording devices allowed in the courtroom, so don’t expect any juicy Fight Pass videos of squirming Zuffa lawyers.

BloodyElbow.com has a resident antitrust expert and he broke down the way the motion to dismiss hearing will occur, check it out:

“One point of agreement for both sides is that in order to win their case the fighters will eventually have to show that the UFC (1) possessed monopoly or monopsony power, (2) willfully acquired or maintained that power through exclusionary conduct and (3) caused antitrust injury.”

“Tomorrow the UFC will argue that the fighters’ complaint does not meet the tightened “plausibility” pleading standard from the Supreme Court case: Bell Atlantic Corp. v. Twombly. UFC attorneys will press the position that the fighters didn’t make enough factual allegations to state a plausible claim for antitrust relief. This is a tougher burden to meet than merely having to make a possible or conceivable claim. Throughout its motion to dismiss, the UFC focuses on the fighters’ lack of facts and specificity in claims regarding “indefinite” contract length, “top” venues and “key” sponsors. It calls the fighters’ claims “implausible and without factual foundation.”

“The UFC also attacks the fighters’ relevant market, claiming they “invented the term ‘Elite Professional MMA Fighter'” and selected a market that’s “artificially narrow.” The larger the UFC can make the market, the less harmful its conduct will appear. Finally, the UFC will argue the fighters’ haven’t put forth any facts showing that signing over their identity rights has had an adverse effect on competition.”

“While the UFC’s goal is to win the motion to dismiss outright, it would also be happy to narrow down some of the fighters’ claims or cause the fighters to amend their complaint with more specific allegations that can be used against them at a later date. In the worst-case scenario, the UFC can use this motion to introduce the judge to its positions and warm him up to arguments he’ll hear down the line as the case progresses.”

While it’s unlikely we’ll get any solid answers tomorrow regarding the case’s conclusion, the judge’s decisions in this early stage could be key to either side’s success later in the process. The UFC filed successfully to have the case moved from Californian court to their Mecca of Nevada.

The results of tomorrow’s hearing should be made public at around 4 PM in Nevada, so stay tuned to LowKickMMA!