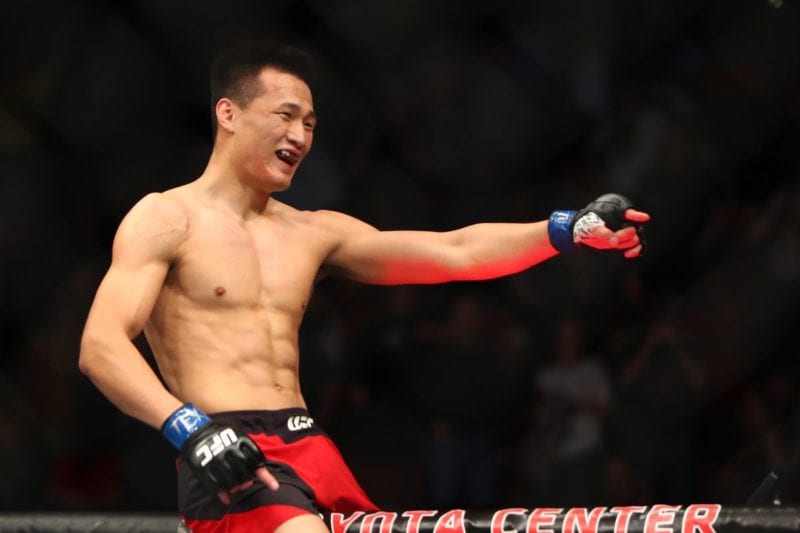 Chan Sung Jung had to find some peace before he made his return to the Octagon for his next fight.

Jung was just about to win his return fight in a five-round war with Yair Rodriguez at UFC Denver. However, with one second to go, he lost it all. During a recent interview, he elaborated on how this fight haunted him more than fight fans know:

“Post-fight, it was devastating for me, but I came to accept it because everything went according to my plan,” Jung told MMA Junkie. “I did gut it out at the end. I pushed it until the end. For athletes, it’s either you win or you lose. It’s the outcome that really matters. The post-fight was a loss for me. Back then I did feel embarrassed, but after a while, it’s more like an accomplishment, I feel. I don’t feel embarrassed anymore.”

Rodriguez was able to score an amazing knockout on Jung at the Pepsi Center in Denver, Colorado on FOX Sports 1. As seen in the UFC Denver headliner, there was just one second left in the fifth round. This is when Rodriguez landed an elbow to the chin of Jung that put him to sleep.

After the fight, it was revealed that had the fight lasted one more second and went to the judges’ scorecards, then Jung would’ve won. He won the fight at the minimum by split decision. Jung meets Renato Moicano in a featherweight bout that will serve as the headliner of the upcoming UFC Greenville event.