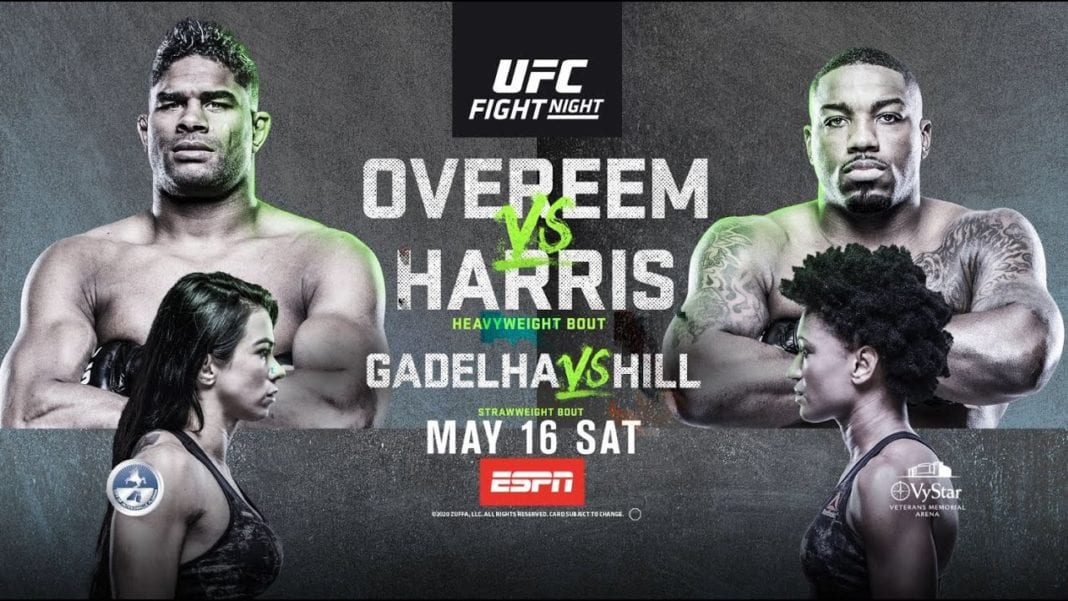 The empty arena hosted a heavyweight bout between Alistair Overeem and Walt Harris ending in Harris being finished by TKO in the second round. While a strong start by Harris knocking Overeem down and almost closing the show Overeem survived the barrage finishing the first round on top. The second round saw Overeem catch Harris with a head kick before securing back mount and closing the show. In the Co-Main Event, we witnessed a three-round war between Claudia Gadelha and Angela Hill resulting in Gadelha getting the split decision victory. Outside of these fights, the card delivered plenty of excellent performances worthy of bonuses.

The first Performance of the Night bonus went to Cortney Casey for her victory over Mara Romero Borella. The second fight on the preliminary card saw Cortney Casey debut in a new weight class moving up to Flyweight from Strawweight. The move-in weight seemed to be effective for Casey who found her first finish since 2016 by way of armbar in the first round.

The second Performance of the Night bonus came on the final bout on the preliminary card between Miguel Baeza and Matt Brown. What began as a fairly even striking match saw a quick turn in the second round as Baeza found the finish via way of left hook 18 seconds into the round securing himself his $50,000 bonus.

Fight of the Night came in the first bout on the main card between Song Yadong and Marlon Vera. The fight saw a three-round war between the two headed to the judge’s scorecard. What was a war was decided by unanimous victory giving Song the win. The verdict was not only protested by Vera but also by many others online following the verdict. None the less, both fighters will take home their $50,000 bonuses.