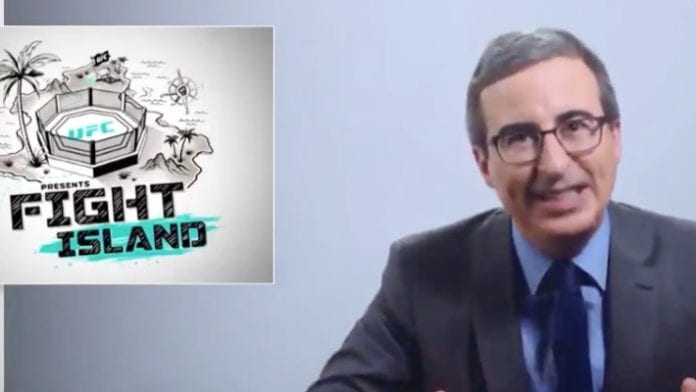 UFSea Events Coming In The Future?

Although UFC president Dana White had a problem with John Oliver’s recent segment on the promotion, he certainly liked the UFSea name — so much so that he has filed multiple trademark applications for it.

The UFC hosting events during a pandemic earlier this month was among the topics on a recent episode of “Last Week Tonight” which focused on sports. Oliver notably stated how there was no risk-free element to the decision, citing middleweight contender Jacare Souza’s positive test.

White responded soon after as he felt the segment used selective facts as it didn’t mention the fact the UFC hosted three shows instead of one with over 1000 tests conducted.

White did acknowledge that he found Oliver funny, however.

The British host notably mocked White’s Fight Island name and suggested plenty of other alternatives which would have been more apt, including UFSea. White clearly liked that name as he revealed in response to an Instagram comment and has gone a step further by filing four trademark applications for it according to Josh Gerben.

“The UFC has filed 4 new trademark applications for UFSEA. The filings indicate an intent to use the UFSEA trademark in connection with mixed martial arts events and a clothing brand. These filings come on the heels of the UFC’s filings back in April for ‘FIGHT ISLAND.'”

If it gets approved, we might be getting ready for UFSea events in the future. That is, if it even takes place there.

What do you make of the UFC filing trademark applications for UFSea?