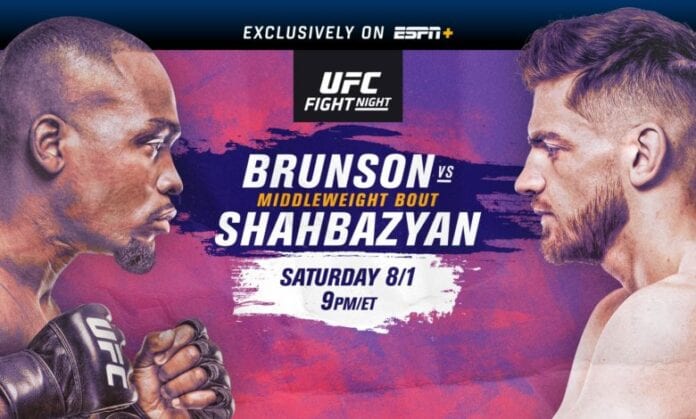 The facility hosted a main event bout between ranked Middleweights Derek Brunson and Edmen Shahbazyan. The veteran Brunson proved why he was been at the top of the divison for so long, derailing the rise of UFC prospect Shahbazyan. What was a fairly close opening round took a turn in the second seeing Brunson end the round on top landing ground and pound. Coming out for the final round Shahbazyan looked drained and was quickly taken down and finished. In the co-main event Jennifer Maia spoiled Joanne Calderwood’s plans for a title shot by submitting her via armbar in the first round. Outside of these two fights there were plenty of moments warranting bonuses.

Fight of the Night was the opening fight on the main card between Bobby Green and Lando Vannata. This three-round war some both fighters land large blows in the first however, Green seemed to land more and have the bigger moments approaching the end of the fight finishing with domination in the third round. This landed him a unanimous decision victory.

The first Performance of the night came in the fight following between Vincente Luque and Randy Brown. After taking away the jab of Brown with leg kicks in the first round Luque was able to put it together both in the stand up and on the ground landing accumulative damage on Brown before finding the finishing blow via knee right at the end of the second round.

The final Performance of the Night bonus came in the events co main event between Joanne Calderwood and Jennifer Maia. Going into this bout Calderwood had seemingly put her previously booked title shot on the line against the Brazilian. Maia landed often in the stand up exchanges eventually ending up on the ground where she was able to secure an armbar and earn her submission victory.