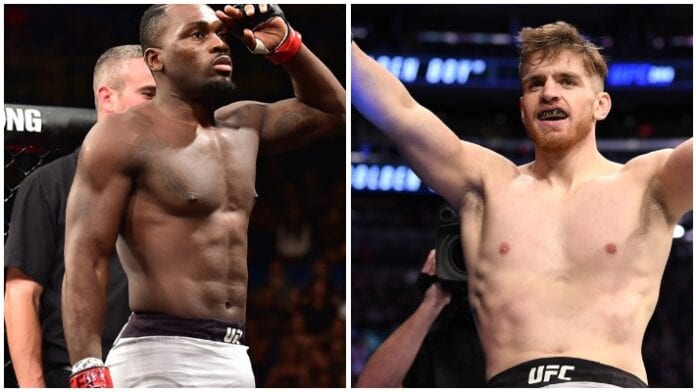 In the main event, long time middleweight contender Derek Brunson takes on rising star, Edmen Shahbazyan with the winner moving one step closer to a shot at 185lb king Israel Adesanya. If you want to be a winner this weekend read on for our UFC Fight Night 173 betting preview were we look over the odds an offer our picks for each of the five main card fights. Alternatively, check out online baccarat for all the best casino games and your chance to win big before the fights.

On Saturday night we have a textbook crossroads fight in the main event. In our opinion this fight could go either way but the bookmakers seem to be writing off Brunson who you can find at odds of 5/2 to beat his 22-year-old opponent who is priced at 1/3 to get the victory. Shahbazyan has looked terrific during his UFC career but is taking a considerable step up in opposition in this one. If you’re betting on him, we suggest taking him in the early rounds. Brunson has been stopped three times in the first round against Israel Adesanya, Jacare Souza and Robert Whittaker. Shahbazyan is priced at 6/5 to do the same and we think that is the most likely outcome if Ronda Rousey’s protégé is everything he’s touted to be. If this has come too soon Brunson could edge out a decision win and with odds 13/2 on that happening it may well be worth at least a little bet.

The problem with the women’s flyweight division is they are all so evenly matched (besides the champion Valentina Shevchenko). Calderwood is the number one contender and was in line for a title shot before taking this fight. So, common sense tells you she should be the favourite – which she is at odds of 8/13. But, she’s got a tough night ahead of her this weekend. That’s why we say approach this bout with caution. If you fancy a dabble, we advise betting on the fight to go the distance at 3/10. It’s not going to win you lots of money but seems the safest bet due to the fact neither of these ladies are particularly known for getting finishes.

Our big pick for the night is Vicente Luque against Randy Brown. Luque is coming off an impressive win over Niko Price. Whereas Brown has previously lost to Price. While MMA maths isn’t always reliable the bookmakers seem to think it is for this fight and we agree. Luque is 8/15 to win and we suggest adding him to you bet this weekend. If you want to improve your odds pick him to score a knockout win and get odds of 11/5.

This rematch has got everybody excited after Lando Vannata and Bobby Green put on the Fight of the Night at UFC 216 three years ago. In the end the judges scored it a draw but Vannata would’ve won had he not been deducted a point for an illegal knee. We think he will get the decision he should have got last time this Saturday night. He’s the favourite at 8/13 and rightfully so after looking brilliant in his last fight against Yancy Medeiros. Do yourself a favour. Make sure you bet on Lando Vannata this weekend.

Opening the main card, we have Kevin Holland against Trevin Giles. With all due respect to Giles we think he will come up short against Holland on Saturday. Holland has looked good during his UFC run. He’s picked up big wins and scored finishes in a few fights and is 4/9 to get another victory. We advise you to bet on him to finish this one early. Holland has six submission wins on his record and Giles has been tapped twice in his last three fights. So, Holland in round one looks appealing to us at 10/3 as does Holland by submission at 11/5.