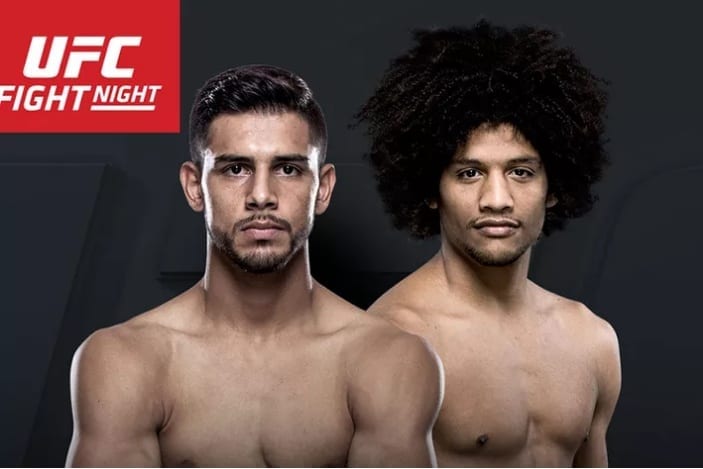 UFC Fight Night 92 goes down in Salt Lake City, Utah this coming Saturday August 6. Headlining the action are popular featherweights Yair Rodriguez and Alex Cacares. Mexican prospect ‘Pantera’ is currently 8-1 as a pro, undefeated in the UFC and coming off an insane flying head kick knockout against Andre Fili at UFC 197. ‘Bruce Leeroy’ is riding two straight wins over Cole Miller and Masio Fullen heading in to the SLC main event with Rodriguez, with the Ultimate Fighter veteran sporting a 12-8 (1) record overall.

The co-main event keeps the focus on the featherweight division, as Dennis Bermudez squares off against Rony Jason. Chris Camozzi takes on Thales Leites at middleweight, and how about Tatsuya Kawajiri vs. Cub Swanson on Fight Pass? It’s bound to be an exciting night in Utah with the likes of Viktor Pesta, Marcin Tybura, Court McGee, Dominique Steele and many others scattered throughout the card.

The early weigh-ins will get done at 1 AM ET, so you can check in for the official results then, or tune in to watch the live show at 7 PM ET right here on LowKickMMA.com!