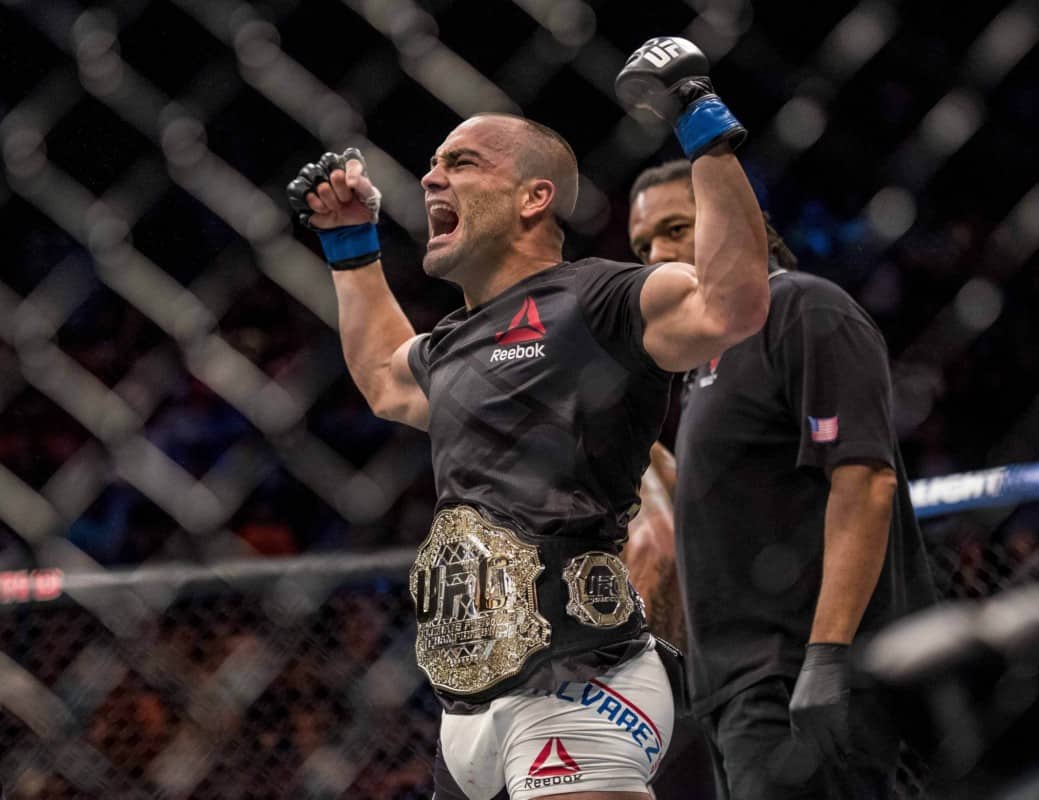 After a night filled with finishes, the UFC Fight Night 90 post-fight bonuses could have been dished out to a plethora of names, but the results are in.

Eddie Alvarez came into the main event and steam rolled through Rafael dos Anjos to become the undisputed UFC lightweight champion of the world. It was a right hand that started the onslaught and Alvarez was given a $50,000 “Performance of the Night” bonus for his valiant effort.

Alan Jouban and UFC newcomer Belal Muhammad did battle in a welterweight fight earlier on the main card, and the two men brought it. Jouban appeared to be coasting to an easy victory after rocking and dropping Muhammad numerous times throughout the first two rounds, but Muhammad battled back with a series of heavy strikes of his own in the final frame. Jouban was ultimately given the decision, but both men received $50,000 “Fight of the Night” bonuses for their clash.

On the preliminary portion of the card, Pedro Munhoz defeated Russel Doane via a nasty first round guillotine choke. Munhoz was also rewarded with a $50,000 “Performance of the Night” bonus.