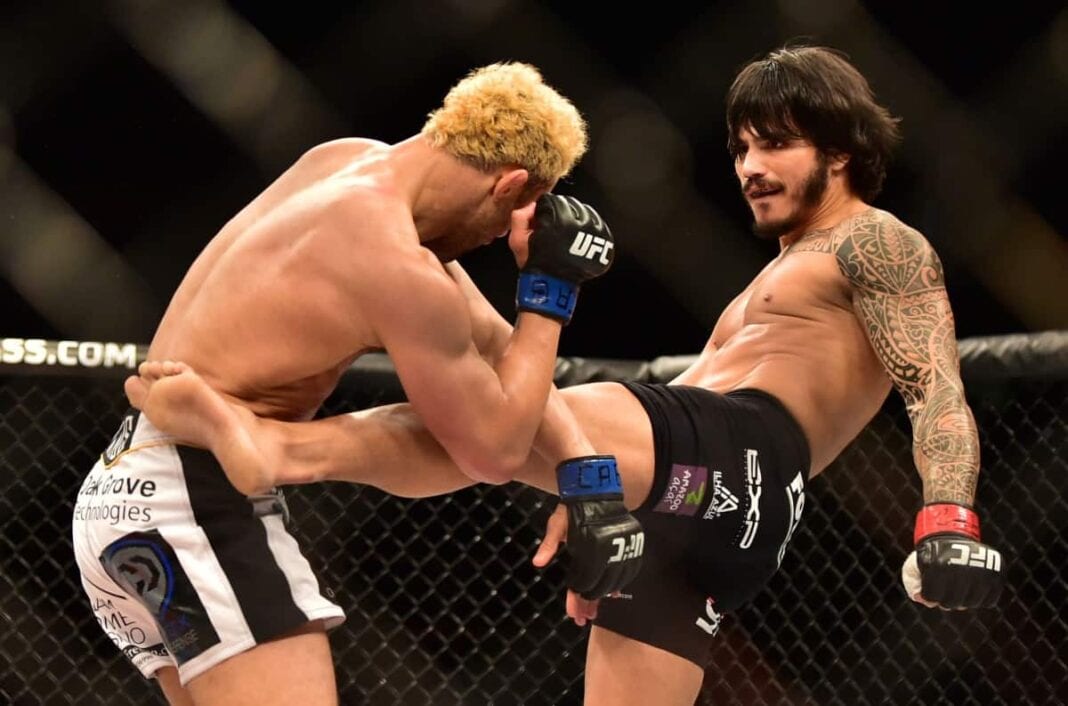 Long touted as a top-level prospect in the UFC welterweight division, now 30-year-old Brazilian Erick Silva had wrestled with inconsistency during his mercurial Octagon tenure over the past few years.

While he’s yet to get over the hump with a signature win over a top 10-ranked opponent, he did build a two-fight win streak by submitting longtime heel, TUF 1 pioneer, and 25-fight UFC veteran Josh Koscheck in the co-main event of last night’s (Sat., March 21, 2015) UFC Fight Night 62 from Macaranazinho Gymnasium in Rio de Janeiro, Brazil.

Despite the loss, Koscheck’s fifth straight, the former arch-nemesis to longtime champion Georges St. Pierre came to fight. He pressured Silva from the get-go, looking for his trademark overhand rights and double leg takedowns.

But in the end, it was his go-to skill of wrestling that was ultimately his undoing, as Silva locked on a tight first round guillotine choke to earn the tap; Koscheck’s second in only three weeks after he stepped up as a late replacement for the injured Ben Saunders in Rio.

Silva also landed some big shots on the feet, including one that appeared to have hurt Koscheck’s eye. With the victory, Silva is finally showing some consistency, but can he keep it up against top fighters in one of the most dangerous divisions in MMA?

He certainly looks extra dangerous inside the first round. Check out the highlights of his win over Koscheck below: