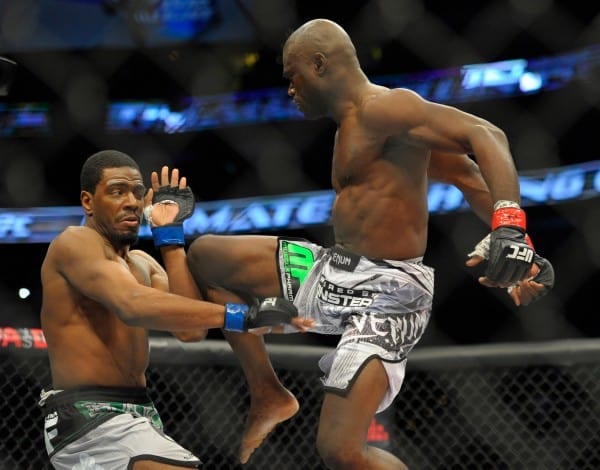 The official medical suspensions for last Sunday’s (January 18, 2015) UFC Fight Night 59 from the TD Garden in Boston are in, and the Massachusetts Athletic Commission has issued full six-month suspensions to four fighters.

Headlining the list to receive full suspensions is middleweight Uriah Hall, who, after finishing late replacement Ron Stallings with two vicious cuts, must have a doctor clear his right knee in order to return before 180 days is up.

Irish fighter Paddy Holohan defeated Shane Howell on the event’s preliminaries, but will also have to get clearance on his right ankle or be forced to sit for six months.

The three other competitors who were dealt 180-day sits were Matt Van Buren, Johnny Case, and Tateki Matsuda.

Main event winner Conor McGregor emerged without a suspension, but his victim Dennis Siver will be on the sidelines for 60 days as a precautionary measure.