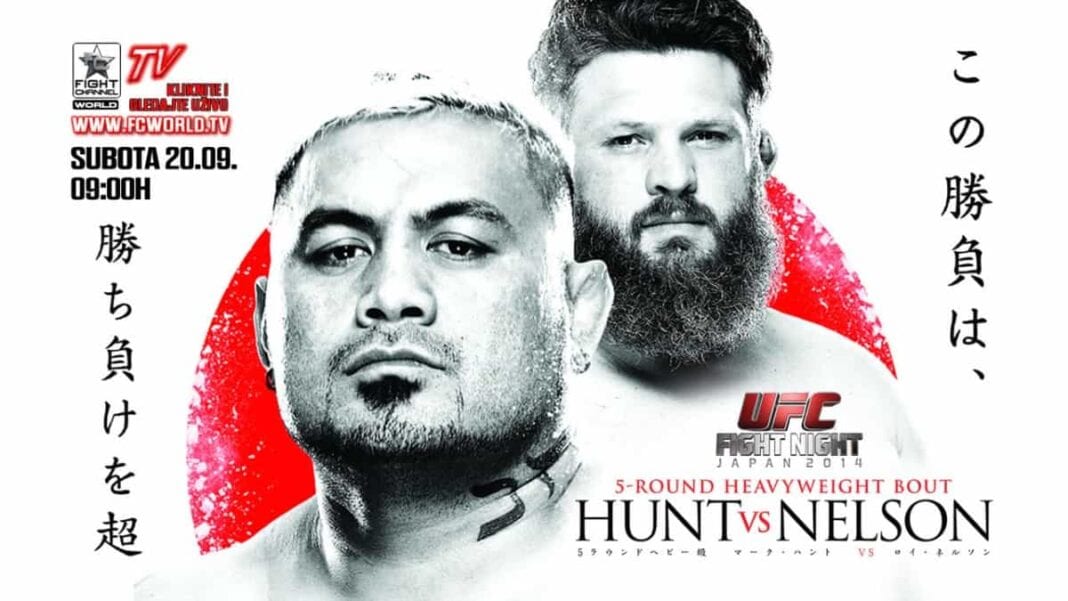 UFC Fight Night 52 is in the books from the Saitama Super Arena in Japan, and it’s been quite an interesting night of fights for the fans in the legendary arena.

The main event attraction was the heavyweight battle between Mark Hunt and Roy Nelson. The first round was pretty much even, with both men landing some great combos and also some surprising leg kicks. OH MY GOSH! Hunt connected a few times in round two with a big uppercut, and Nelson goes face down after the right hand lands. A beautiful walk-away knockout win in round two for the “Super Samoan”.

Who expected this in the co-main event of the evening? A big right hand in the exchange from Myles Jury puts Takanori Gomi down on the mat. “The Fury” gains a great position over “The Fireball Kid” as he is obviously hurt, as he gets the first round TKO win. Jury extends his record to 15-0 with the win, and should be seriously considered as title material after his 11th first round win.

The return of Yoshihiro Akiyama and Amir Sadollah was an entertaining affair indeed; Sadollah got smothered on the mat in round one, only to get rocked a few times in round two. “Sexyama” broke the nose of Sadollah and looked incredible for a 39 year-old athlete. Akiyama proved too much for the TUF alum throughout round three, and a bloodied Sadollah was thoroughly beaten by unanimous decision.

Miesha Tate returned to action, looking to extend her win streak to two in the women’s bantamweight division against Rin Nakai. “Cupcacke” had all the physical advantages required in this pairing, as Nakai struggled to get this fight in to her domain. Crisp punches and elbows in the clinch were the tale of the evening, as the former Strikeforce champion cruised to a decision win.

Kiichi Kunimoto came out and won a rather close split decision over Richard Walsh. Flyweights Kyoji Horiguchi and Jon Delos Reyes opened the card, and it was the karate black belt who remained unbeaten in the UFC. Horiguchi showed slick footwork and advanced technique en-route to his first round stoppage win.

Myles Jury def. Takanori Gomi by TKO (punches) round one

Kyoji Horiguchi def. Jon Delos Reyes by TKO (Strikes) at 3:48, round one

Francis Ngannou Believes He Will KO Ciryl Gane At UFC 270