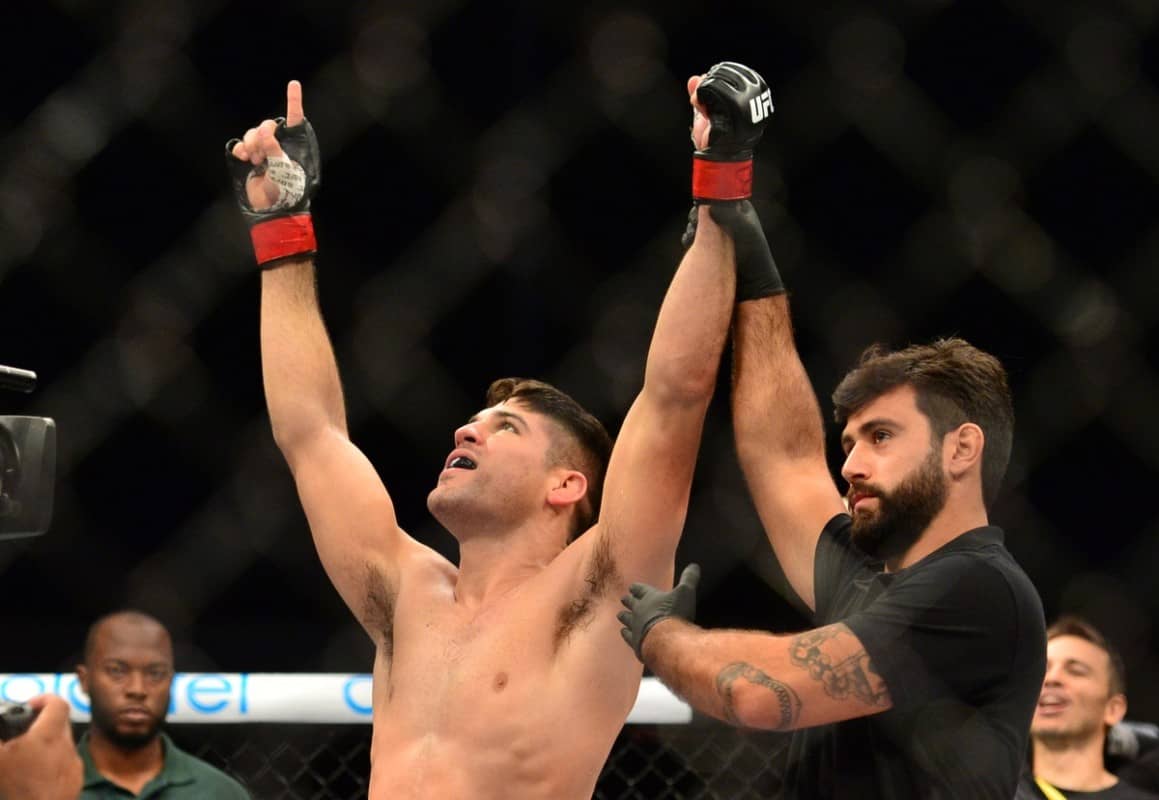 UFC Fight Night 95 emanated tonight (September 24, 2016) from Ginasio Nilson Nelson in Brasilia, Brazil. The main event went off as planned, as Cris ‘Cyborg’ Justino took care of business by mauling UFC newcomer Lina Lansberg. The former Muay Thai world champion never had a chance to get going. The physically imposing ‘Cyborg’ went to work right away, but it took her until the second round to get Lansberg out of there. No bonus money would be coming her way, though.

That would go to Erick Silva and Luan Chagas for their Fight of the Night, and Eric Spicely and Vicente Luque with their Performances of the Night.

Silva and Chagas engaged in an all-out brawl for the better part of three rounds before Silva sealed the deal with a rear-naked choke in the final frame. Chagas had Silva hurt early and dropped him multiple times during their scrap. But Silva had success on the ground, taking Chagas’ back on several occasions. He ultimately snatched dominant position in a scramble and sunk in the choke almost immediately. For their efforts, both men banked an extra $50,000.

Vicente Luque won his bonus with his jaw-dropping knockout of Hector Urbina in the first round of the preliminary matchup. The heavy favorite delivered for those backing him financially. As the two slugged it out in the pocket, the crisper Luque just out the lights on Urbina with a flush right to the jaw. Urbina collapsed in a heap at the base of the cage, his leg folded grotesquely beneath him.

Spicely took home the other $50,000 Performance of the Night bonus in another fight with a wide line. This time, though, the underdog came through in a big way. ‘The Dream Catcher’ squared off with #15 ranked Thiago Santos. Spicely, meanwhile, had lost his only UFC fight. ‘Marreta’ would have a massive advantage in the standup, and most fans and pundits picked him to brutalize Spicely with kicks for as long as the fight lasted. But the American was able to drag Santos into his world, the ground game, several times before finishing it with a rear-naked choke in the very first round.