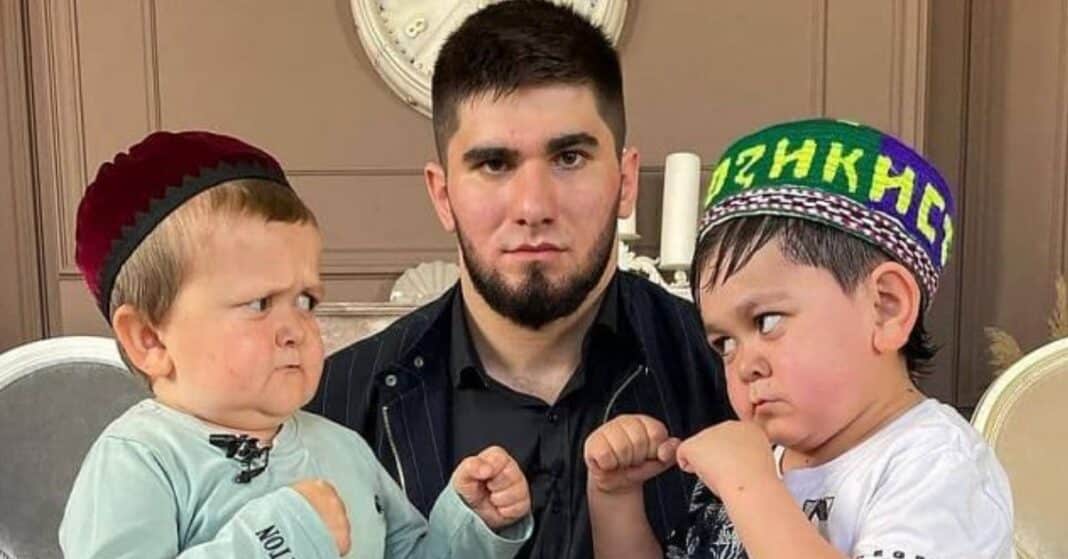 Social media sensations Hasbulla Magomedov and Abdu Rozik were both in attendance at UFC 267 this weekend, but they nearly came to blows after seeing each other at Etihad Arena in Abu Dhabi.

Both Magomedov and Rozik suffer from a condition commonly known as Dwarfism, which is a body disorder in which adults exhibit the physical attributes of a child. Magomedov and Rozik have both taken their conditions in stride, though, and have used it to grow into two of the biggest names in the fight business today.

Magomedov, in particular, has dabbled in the fight game for a long time. He is a TikTok blogger who became popular after posting videos of him fighting children, and also has relationships with UFC president Dana White and former lightweight champion Khabib Nurmagomedov.

After Islam Makhachev‘s win at UFC 267, Magomedov was brought into the octagon and was involved in the post-fight celebration. But about an hour later, Magomedov was seen scrapping with Rozik, who has called for a fight with him for months.

Magomedov and Rozik nearly start an all-out brawl on the Etihad Arena floor before nearby audience members intervened. The video quickly went viral on social media as many MMA fans called once again for a fight between the two.

A fight between the two has been the talk on social media for a long time, but negotiations haven’t materialized as a sponsor for the exhibition hasn’t come forward. It’s also unclear as to whether it will be an MMA or boxing match and when and where exactly it’ll take place.

But, Magomedov and Rozik nearly fought for free during the fights at UFC 267.

Who do you think wins in a fight between Hasbulla Magomedov and Abdu Rozik?