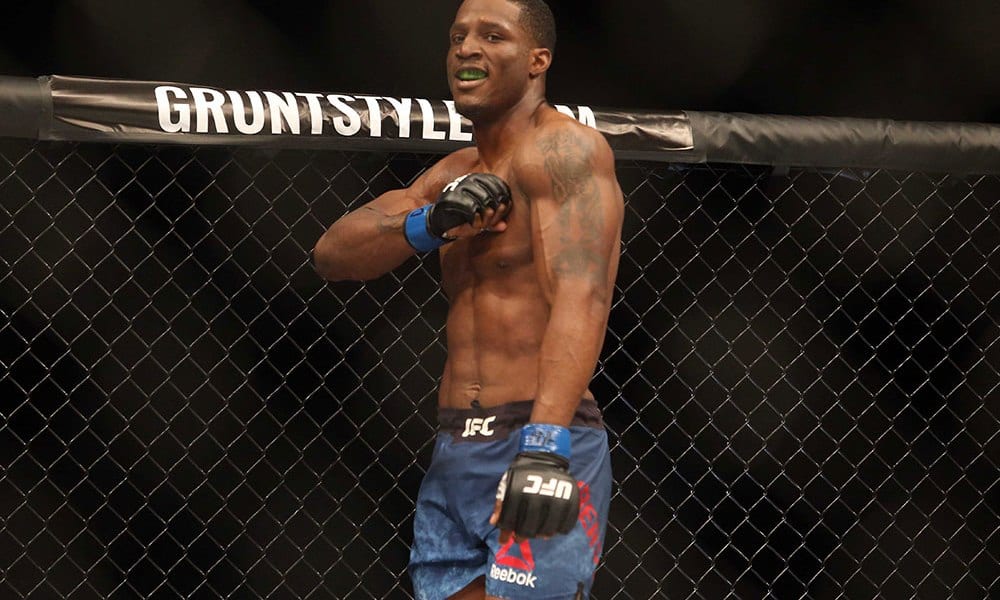 UFC 256 has lost its second bout in as many days.

The final pay-per-view event of the year takes place this Saturday with a stacked card that features a flyweight title fight headliner between Deiveson Figueiredo and Brandon Moreno as well as a pivotal lightweight bout between Tony Ferguson and Charles Oliveira.

However, it recently lost the women’s strawweight fight between Angela Hill and Tecia Torres after the former tested positive for COVID-19.

With the virus ravaging through the UFC Vegas 16 card this past weekend, many feared it would be the same for this upcoming weekend. Unfortunately, it looks there could be more changes.

The light heavyweight bout between Karl Roberson and Dalcha Lungiambula has now also been scrapped after Roberson tested positive for COVID-19. The good news is that it will be postponed to a week later for the UFC Vegas 17 card taking place December 19.

Both fighters confirmed the rescheduling.

Another consolation for now is that it wasn’t a main card fight that was scrapped either. Hopefully, that remains the case until Saturday night.

Here is how the card currently looks:

What do you think of the card?