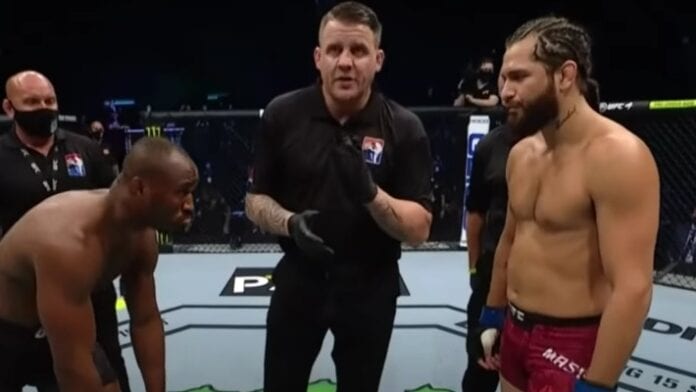 UFC 251 was expected to be a lucrative success and that appears to be the case.

The pay-per-view event kicked off the Fight Island events this past weekend with a stacked card that saw three title fights.

The most anticipated fight, of course, was the new welterweight title headliner between Kamaru Usman and Jorge Masvidal. Masvidal — one of the biggest stars in the promotion today — notably stepped in on six days notice which meant the event was going to garner much more interest.

UFC president Dana White even claimed it was trending higher than a Conor McGregor fight and it looks like that was the case according to The Athletic who report it generated approximately 1.3 million buys on ESPN+.

UFC 251 Shows Masvidal Is A Draw

That puts it as one of the highest selling pay-per-views in promotional history as UFC 229 aside, it generated the most buys since UFC 202 in 2016 which featured the rematch between Conor McGregor and Nate Diaz.

Masvidal — who previously had a pay dispute with the UFC for not being paid his worth for what he brought in — certainly feels vindicated by his stance as he commented soon after the report came out.

What do you make of the number of buys UFC 251 generated?