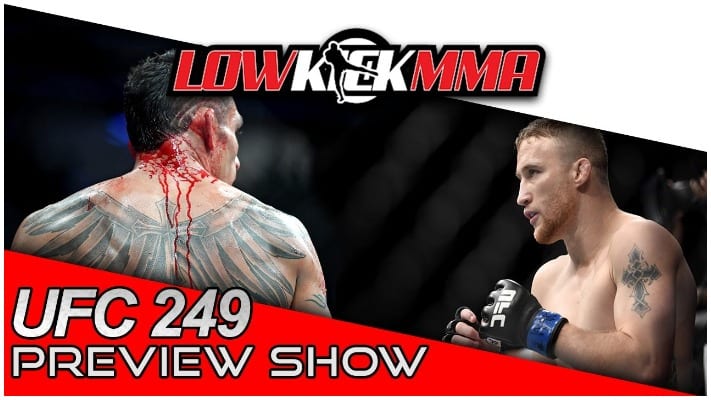 Elite level MMA will finally return our screens with UFC 249 set to be headlined by Tony Ferguson vs. Justin Gaethje this Saturday, May 9.

The interim lightweight title fight will top a stacked card which is the UFC’s first in almost two months.

LowKickMMA site manager Jordan Ellis and staff writer Ryan Galloway are just excited as anyone to watch UFC 249. So much so they’ve got together to film our first ever preview show. The lads offer their thoughts, opinions, and predictions on all 12 fights going down in Jacksonville, Florida this weekend.

What’s your pick for fight of the night at UFC 249?