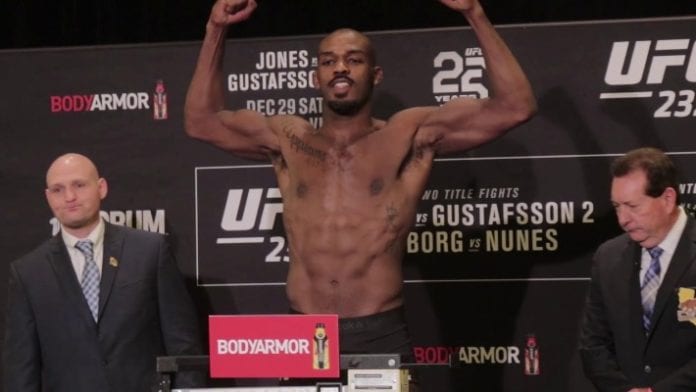 The official UFC 247 weigh-in results are heading your way this morning (Fri. February 7, 2020) ahead of tomorrow’s pay-per-view (PPV) event from the Toyota Center in Houston, Texas.

Before all the action gets underway tomorrow night, the fighters step on the scale this morning for the official UFC 247 weigh-ins. Check out the results, and watch the weigh-ins live with us below, courtesy of MMA Fighting.

What did you make of the UFC 247 weigh-in results? Who are you picking to win tomorrow night?