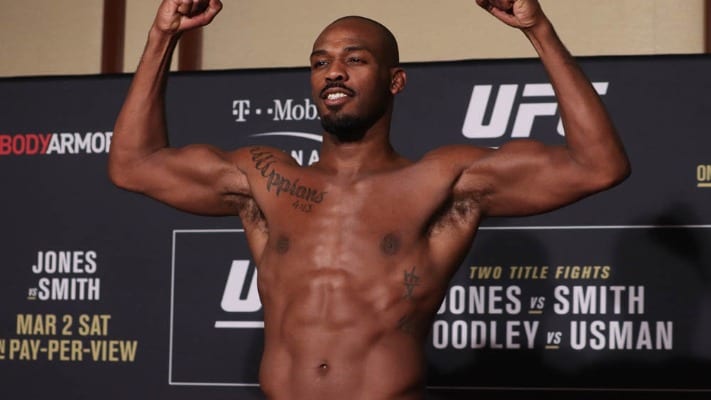 UFC 239 is quickly approaching and the ceremonial weigh-ins are live now.

The time is nearly here. Jon Jones and Thiago Santos are set to throw down in one of the year’s most awaited fights in the main event of tomorrow’s (Sat., July 7, 2019) UFC 239 pay-per-view (PPV) event. In the co-headliner, Amanda Nunes takes on Holly Holm in a women’s bantamweight title bout.

Rounding out the five-bout main card is Ben Askren vs. Jorge Masvidal in a welterweight bout, Jan Blachowicz and Luke Rockhold at light heavyweight, and Michael Chiesa vs. Diego Sanchez at 170 pounds.

The fighters made weight at today’s early weigh-ins so now all that’s left is for the athletes to face off at the ceremonial weigh-ins. Join us for the video streaming live at 7 p.m. ET today: