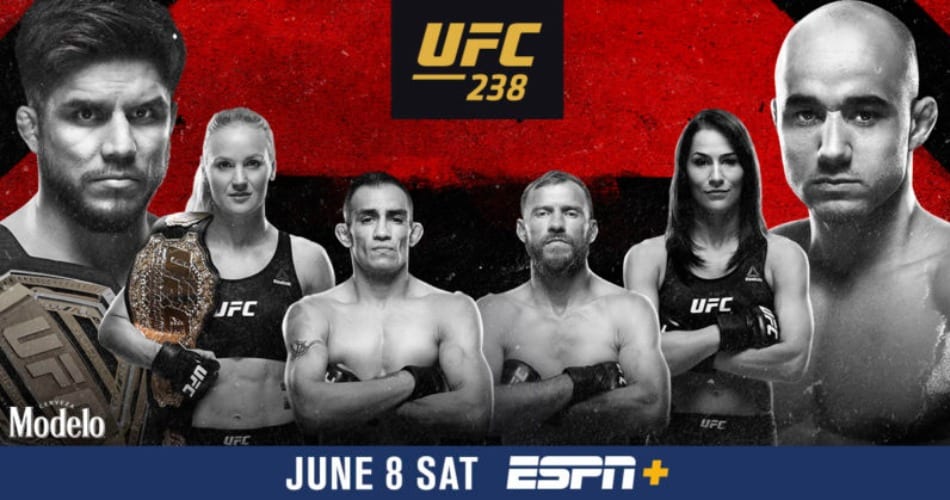 The UFC 238 PPV bonuses, attendance, and gate have been revealed. Last night (Sat. June 8, 2019) the Las Vegas-based promotion put on a tremendous fight card from the United Center in Chicago, Illinois.

Chicago fans turned out to the United Center with an attendance of 16,083, hauling in a gate of $2,034,387.49. There were also some well-deserved bonuses handed out to tonight’s competitors. On the main card, in what was described as the people’s main event leading up to fight night, lightweights Tony Ferguson and Donald Cerrone went to war.

Although the fight ended in underwhelming fashion, Ferguson vs. Cerrone took home Fight Of The Night honors, and both men have earned $50,000 bonuses. In the co-main event of the evening, Valentina Shevchenko successfully defended her flyweight title with a vicious second-round knockout win over Jessica Eye. “The Bullet” has earned herself a $50,000 Performance Of The Night bonus.

And finally, in the main event, UFC flyweight champion Henry Cejudo made history. “The Messenger” became the first fighter in history to have an Olympic Gold medal, and two UFC titles at the same time. Cejudo finished Marlon Moraes in the night’s main event via TKO. He’ll also be taking home a $50,000 Performance Of The Night bonus.