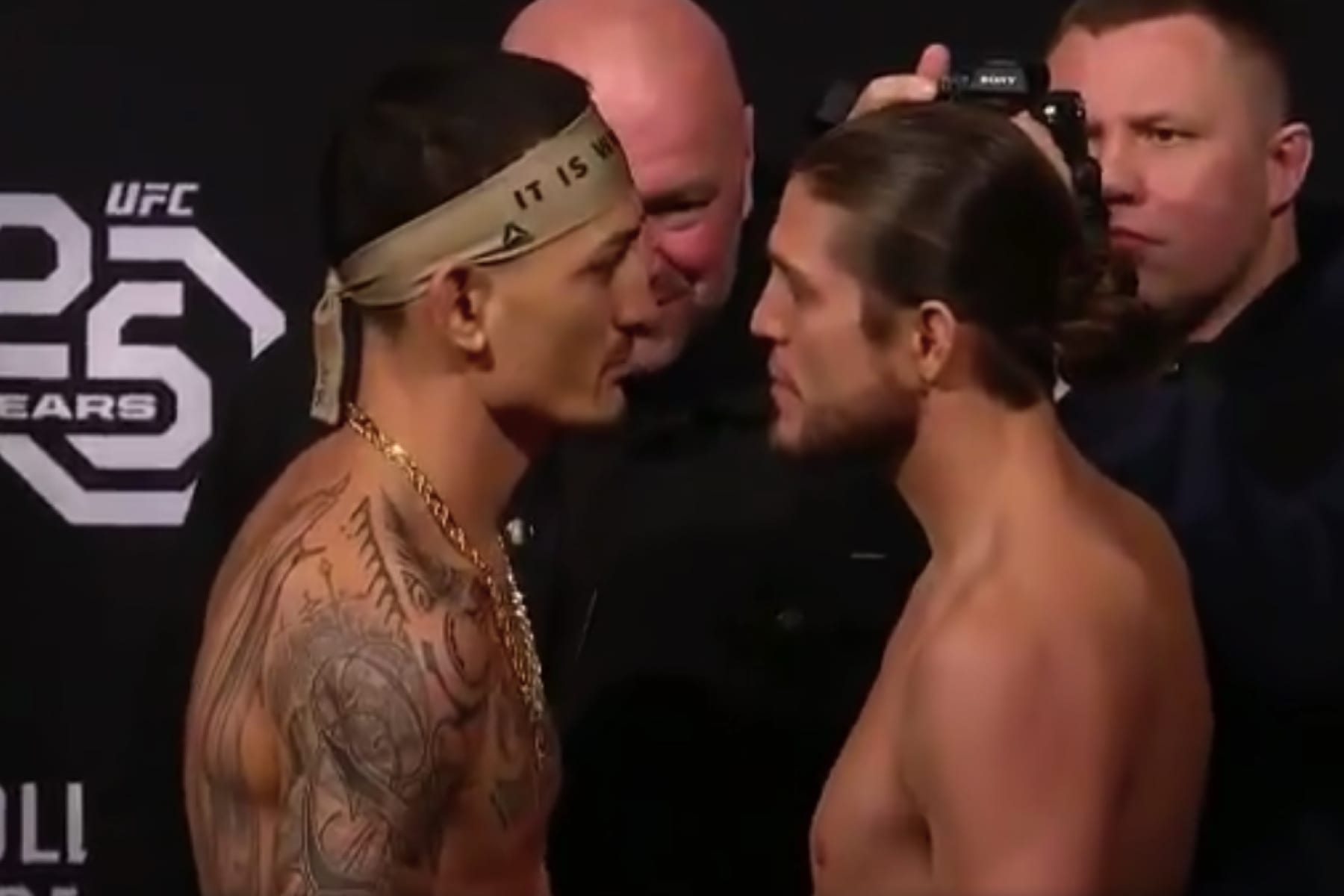 The wait is nearly over and Max Holloway will finally square off against top contender Brian Ortega in the main event of tonight’s (Sat., December 8, 2018) UFC 231 from Scotiabank Arena in Toronto, Ontario, Canada.

It’s a highly-awaited fight that has been discussed for the majority of the year. Ortega filled in for Holloway at March’s UFC 222, where”Blessed” was supposed to take on Frankie Edgar. ‘T-City’ capitalized and knocked out ‘The Answer’ to earn a title shot. The fight was scheduled for July’s UFC 226, only to fall apart when Holloway showed strange ‘concussion-like’ symptoms. It was Holloway’s third fight withdrawal of the year.

But both featherweights made weight without issue yesterday morning. Now the most anticipated 145-pound bout of the year will proceed. And hyperbole aside, it’s one of the best featherweight bouts in UFC or MMA history. These fighters are that good. Holloway has won 12 straight fights and Ortega is undefeated.

So without further ado, check out our final Holloway vs. Ortega preview and prediction.

When the fight starts out on the feet, Holloway should have a decided advantage. He has nine knockout wins compared to Ortega’s three. Holloway overwhelms his foes with peerless volume and a relentless pace. Throughout his recent winning streak, Holloway has dominated his foes for the most part. His injuries have been his most dangerous opponent.

That’s not to say Ortega’s striking hasn’t improved by leaps and bounds. It has. His dubious title of being the only man to knock out the iron-willed Edgar is a testament to that. Here, he should look to stymie ‘Blessed’s’ forward pressure with a heavy torrent of low kicks, mixing in an occasional knee when the opportunity arises.

Overall, “T-City” may not want to get in an all-out kickboxing match with ‘Blessed,’ but he may just oblige anyway.

This is obviously Ortega’s go-to skillset. He has seven submission wins in 14 total victories. Ortega is a black belt under Rener Gracie and one of the most brutalizing finishers on the ground. His ‘T-City’ nickname holds true as he can finish opponents with triangles, guillotines, and everything in between.

Just as Ortega is no slouch in the striking department, Holloway has shown some solid grappling skills a times. His submission of Cub Swanson comes to mind, but then again, he most rocked the veteran with a barrage of strikes first.

Because of his recent success overwhelming strikers like Jose Aldo and Anthony Pettis, Holloway most likely doesn’t want to engage in a jiu-jitsu match with Ortega at any point. Thankfully, his forward pressure helps him stave off takedowns and he doesn’t look for many of his own. It would be a surprise to see Holloway attemp many here.

Overall, if the fight hits the ground, Ortega will have the edge.

Neither fighter is known as a high-level wrestler, although Ortega’s BJJ background will have given him a solid array of takedowns nonetheless.

Holloway has been able to defend being taken down during his streak thanks to his size as a huge featherweight often rumored to move up to lightweight. Ortega towered over Edgar at UFC 222, yet Holloway appeared a bit bigger than Ortega at the staredown.

This shouldn’t turn into a game of wrestling, but Ortega will be happy if it does. He’s proficient on the top and bottom. Holloway is wholly well-rounded too; it just seems like if he’s in Ortega’s guard, then his gameplan isn’t being imposed.

This is as close a featherweight title fight as we’ve had in years. The hype is real for this one, and it’s actually happening.

The fight game is buzzing, and justifiably so. Overall, if Holloway is truly back from all his injuries, this may be his fight to lose in my opinion. He’s been a pressure-focused machine for the most part, although we haven’t seem him for a year.

Ortega is on fire, but he finds himself in brawls far more often than his undefeated record would suggest. Don’t get me wrong, he’s definitely one of the most talented finishers in the UFC right now. But that’s a dangerous game, and playing it with a freight train like Holloway is bound to catch up to him.

If he can score another highlight reel stoppage, a true star will be on the loose. I just don’t think it happens at UFC 231.