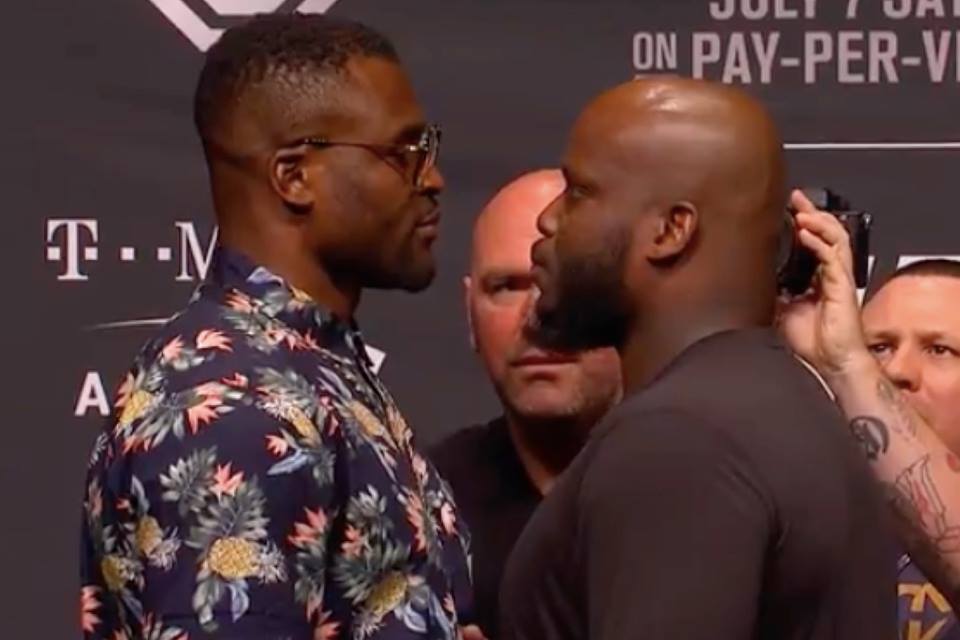 If the Max Holloway news has you bummed out, no worries, UFC 226 still sports a plethora of exciting match-ups.

And one of the most exciting is the new co-main event between heavyweight sluggers Francis Ngannou and Derrick Lewis.

The UFC hosted a media day press conference in light of some of the recent headlines the Endeavor owned promotion has had as of late, however, it’s the staredowns that has the MMA universe talking.

Don't expect this to leave round one.

Not to be outdone, the baddest man on the planet, heavyweight champion Stipe Miocic was also in attendance ahead of his anticipated super fight with 205-pound king Daniel Cormier.

Who's ready for a Superfight? #UFC226 pic.twitter.com/U5UwI0my2f