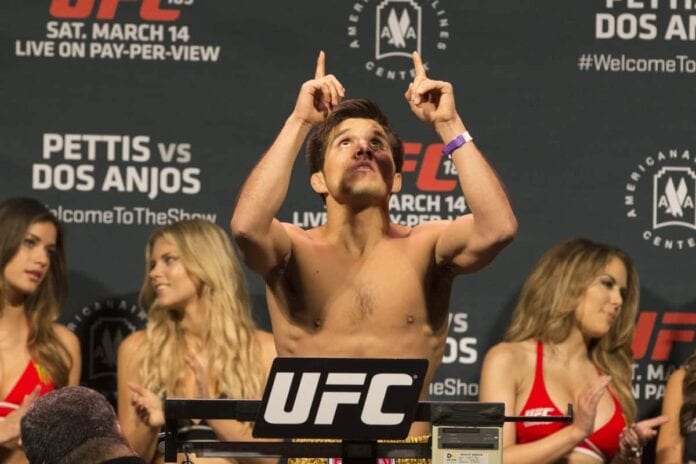 Jon Jones is finally back, and he’s arguably in the best shape of his legendary MMA career. Time will tell if he can get past his out-of-cage struggles to regain his previously long-held UFC light heavyweight title belt, but he’s never really had much trouble winning fights in the Octagon. He’s obviously not fighting arch rival champion Daniel Cormier, but late replacement St. Preux has some unorthodox striking and lethal knockout power, and Jones has had trouble with one other similarly sized opponent in Alexander Gustafsson. However, ‘OSP’ has also been handled thoroughly by touted grapplers Glover Teixeira and Ryan Bader. MMA math may not be the best deciding factor, but I still see Jones winning this by second-round submission.

Jon Jones faces a dangerous fighter in Ovince Saint Preux, but in all honesty nothing new. With all due respect to OSP, I simply don’t feel he belongs in the octagon with Jones at this stage in his career. Truthfully, “Bones” is without doubt one of the greatest fighters of all time, even with all of the legal trouble going on in his personal life. The reach of Jones is a problem for any fighter, and I think he’ll be using it to fire nasty oblique kicks to keep his distance early on. I expect the former champion to utilize his nasty elbow attacks to wear down on St. Preux, eventually leading to a grizzly end. Again, no disrespect to OSP, but Jones is going to feed him some punishment. Jon Jones by TKO round three.

Jones has looked like an absolute monster in preparing for his return despite having to deal with a late opponent change just a few weeks prior to his fight. With that being said, I just don’t see many ways that St. Preux can challenge Jones. OSP is an elite level athlete with serious knockout power, but “Bones” is the best in the world, and possibly the best of all-time for a reason. I expect him to pick St. Preux apart on the feet before finishing the fight on the ground. Jones by third-round submission.

There’s little doubt that Cejudo provides a new and perhaps more challenging test as “Mighty Mouse” attempts to inch his way closer to Anderson Silva’s UFC title defense record, but for all of the hype that heaped upon Cejudo for his Olympic wrestling gold medal, he hasn’t shown me all that much in the Octagon. Yes, his striking is sufficient and his takedowns will always be a threat, but he’s still seeking his first UFC stoppage and is arguably facing the No.1 pound-for-pound fighter in the world. Johnson has simply transcended 125 pounds in recent years, and has a variety of amazing finishes as he’s seemingly toyed with his opponents. Cejudo is very tough and may very well put up more of a fight than most, but I just don’t think he’s ready to take on a challenge like Johnson. “Mighty Mouse” by unanimous decision.

Demetrious Johnson is another extremely dominant force, but is flying under the radar once again for his fight with Henry Cejudo. The former Olympian is a tremendous athlete, but does he have the MMA pedigree to take out such a superb fighter in ‘Mighty Mouse?’ Many would argue the contrary, but I find myself a little stuck on this pick. Cejudo is one of very few fighters who could potentially keep the pace of Johnson all five rounds, but the champion’s footwork and overall well rounded game is just so advanced and technical. I feel an upset coming in this fight, and I don’t often go with my gut, but I just sense that ‘Mighty Mouse’ is going to get caught with a big shot here. I know it’s against all the odds and the physics of this match up, but someone has to go for the underdog. Cejudo knocks out ‘Mighty Mouse’ in round one.

In my opinion, “Mighty Mouse” Johnson is one of the best fighters on the planet, although possibly not receiving the credit he deserves. The reigning flyweight boss seemingly does everything perfect, being able to strike from numerous stances as well as being able to transition effortlessly between takedowns and submission attempts. Despite being criticized for the ‘lack’ of competition he’s faced, “Mighty Mouse” has no easy task in Cejudo, an undefeated mixed martial artist and an Olympic gold medalist in wrestling. “The Messenger” has also improved his striking, but I don’t see it being enough to dethrone the king. Johnson by unanimous decision.