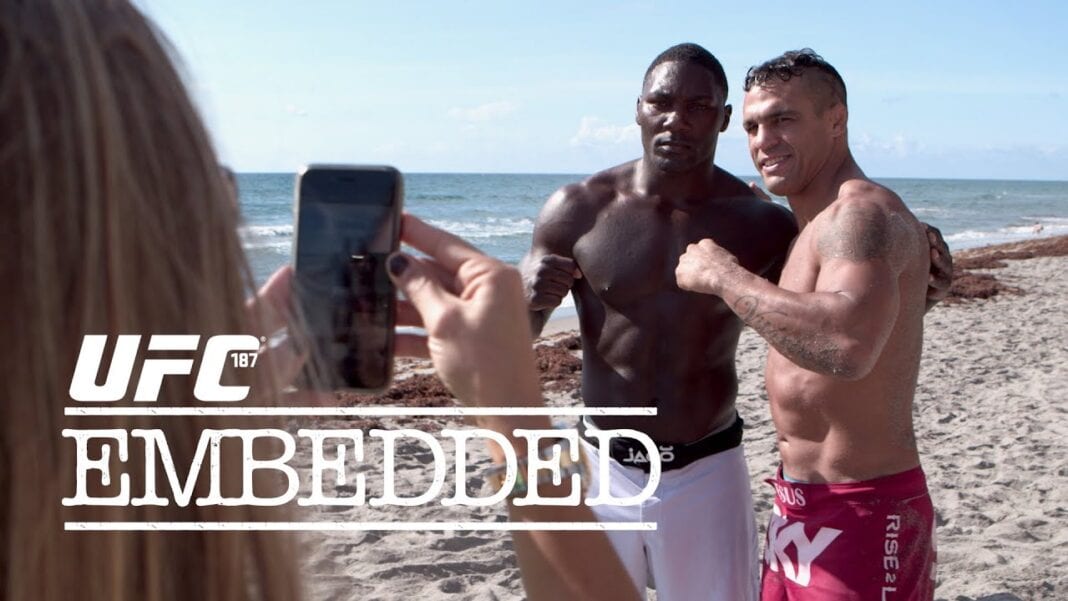 It’s fight week once again, and this time we’re heading into quite possibly the biggest pay-per-view (PPV) event of 2015.

In preparation for this Saturday night’s (May 23, 2015) blockbuster UFC 187 which features two title fights from Las Vegas, Nevada, the UFC is back with their traditional fight week v-log series Embedded.

In the all-new first episode of UFC 187 Embedded, middleweight champion Chris Weidman relaxes by watching his young daughter play soccer before preparing to make the cross-country trip to finally face Vitor Belfort in their long-awaited (and oft-rescheduled) grudge match.

Speaking of ‘The Phenom,’ Belfort trains on the beaches of South Florida with his Blackzilians teammate Anthony Johnson, who will take on AKA team member Daniel Cormier for the light heavyweight strap in the UFC 187 main event. ‘Rumble’ doesn’t mind of Cormier has his world-class training partner Cain Velasquez back in his camp, as his plan is the same as it always has been.

But Cormier is obviously going to take full advantage of having the world heavyweight champion back in the fold for his second title fight of 2015, training with Velasquez at their San Jose home base of AKA.

It’s looking like it’s going to be quite the event this Saturday night. Watch the first episode of UFC 187 Embedded right here.