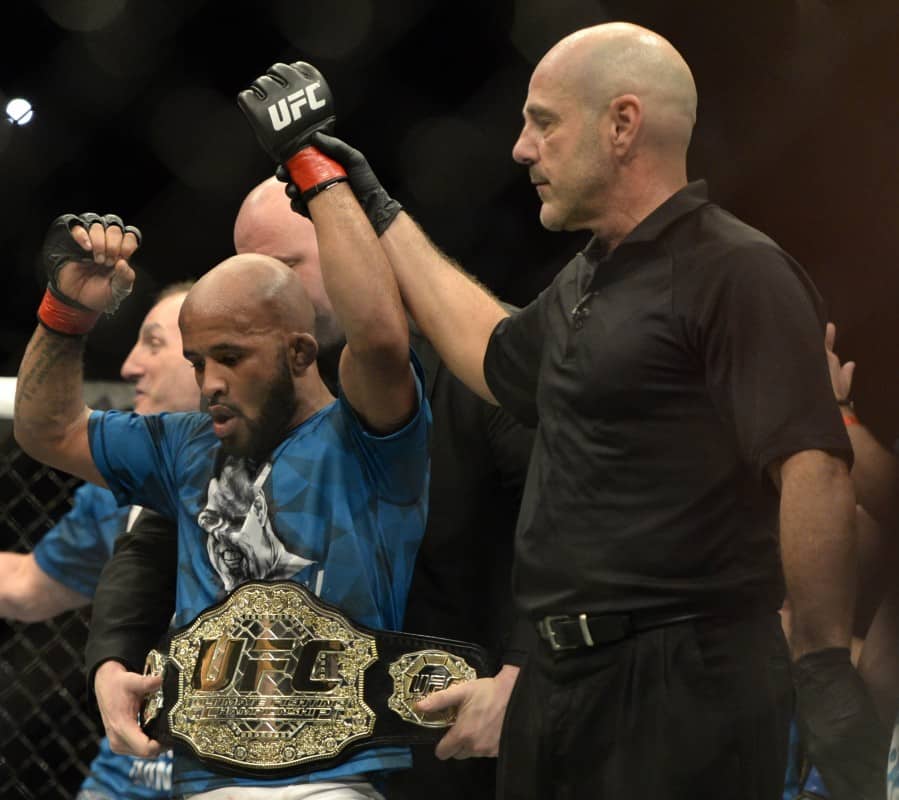 Despite his fair share of haters, dominant flyweight champion Demetrious “Mighty Mouse” Johnson scored a record-setting finish over Kyoji Horiguchi last night (Sat., April 25, 2015), locking in a tight armbar to earn a submission with just one second left in the main event of UFC 186 from Montreal, Quebec.

“Mighty Mouse” got his sixth consecutive title defense and an obvious “Performance of the Night” bonus in the process, not to mention further staking his claim towards the top pound-for-pound spot in the world.

With light heavyweight champion Jon Jones and featherweight champion Jose Aldo set to take on tough challenges in Anthony Johnson and Connor McGregor, respectively, in the coming months, there’s a chance that Johnson could end the summer as the top-ranked overall fighter in the world.

He’s as dominant as they come, and whether you like his style or not, you simply can’t deny his mix of seamless transitions among all areas of perfect technical expertise. Check out the highlights of his smothering win over Horiguchi below: