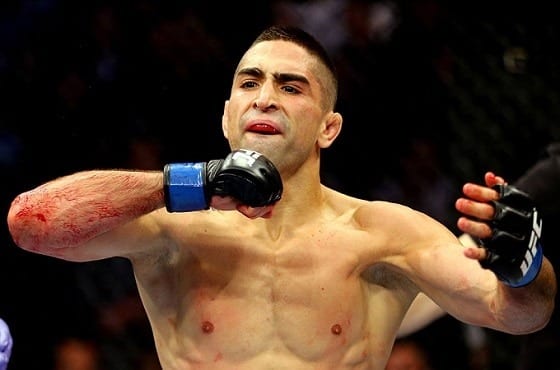 Ricardo Lamas vs Dennis Bermudez highlights from UFC 180 in Mexico

Ricardo Lamas returned to action last night, looking to make it two in a row against the streaking Dennis Bermudez. “The Bully” looked to be in prime form at UFC 180 in Mexico, as he actually dominated “The Menace” in all departments. It seems that Lamas learned a lot in his UFC 169 loss to Jose Aldo, and has started to fill in the gaps.

For his part, Bermudez was never really in the fight. “”The Bully” put in arguably his best ever performance, dropping Bermudez with a hard shot to the dome, and then choking him out with a guillotine on the mat.

The win is a huge statement for Lamas, in a division that is full of elite contenders. It’s doubtful he will get another shot at the champion given Frankie Edgar and Cub Swanson’s UFC Fight Night 57 pairing, but he is surely only one fight away now.