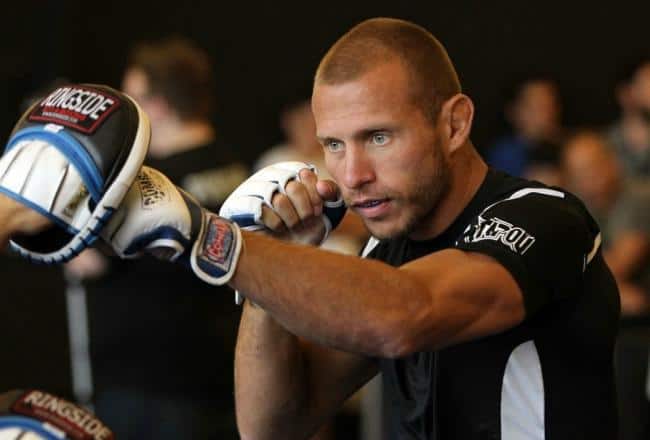 Newly signed UFC lightweight Eddie Alvarez will make his promotional debut this Saturday (September 27th, 2014) as he squares off against streaking “Cowboy” Donald Cerrone at UFC 178. The former Bellator lightweight champion finally got his ticket to ride the Zuffa train once former CEO Bjorn Rebney got the sack, and Scott Coker decided enough was enough.

“The Silent Assassin” finds himself in the co-main event slot for UFC 178, and it’s against another former lightweight champion, and current contender at 155 pounds, Donald Cerrone. “Cowboy” has notched up an impressive 11-3 overall UFC record, and is currently riding a four-fight/four-finish streak.

Cerrone was most recently in action at UFC Fight Night 45 as the headliner in his bout against Jim Miller. The Greg Jackson‘s product looked to be in prime form, as he dominated the always tough Miller en-route to a brutal head kick finish. Alvarez has a three-fight streak of his own to protect against “Cowboy”, but you could argue that Cerrone is his toughest challenge to date.

The former Bellator champion won his belt back against Michael Chandler at BMMA 106, which added to finishes over Shinya Aoki and Patricky Freire in his final fights for the promotion. We’ll see Saturday who can really make their case for a title shot in the stacked UFC lightweight division. Check out the UFC 178 Countdown video for Eddie Alvarez vs Donald Cerrone, courtesy of the UFC youtube channel, and stay tuned to LowKick.com!