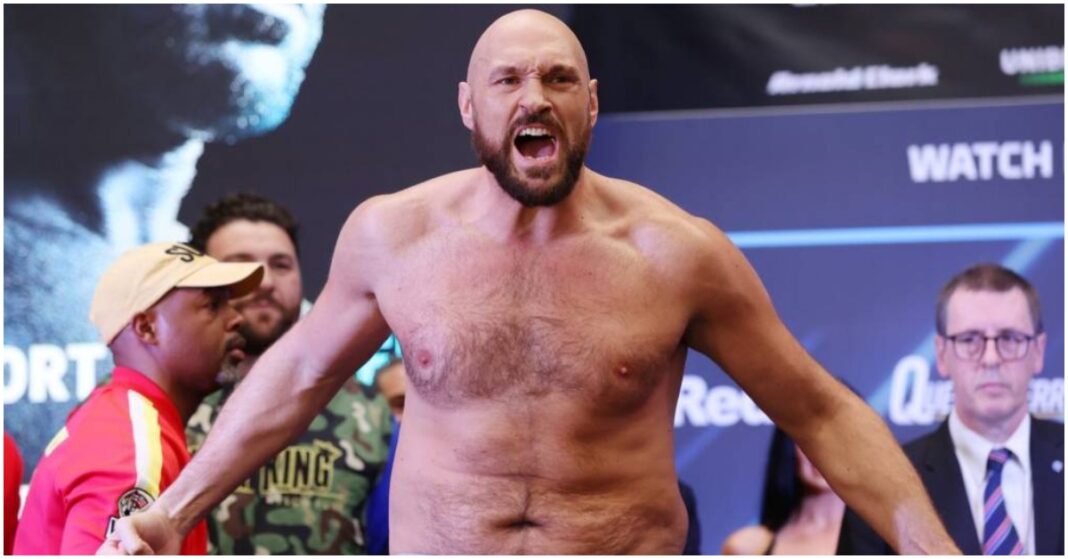 You’ll be hard-pressed to find a true boxing fan that doesn’t appreciate the recently retired Tyson Fury as one of the best heavyweight boxers of all time; the guy is a monster of a man that moves lightly on his feet and has the hand speed of a much lighter contender but reaching the heights Fury has doesn’t come easy and it doesn’t come cheap.

Here we look at the road Tyson Fury has walked to become from an unknown fighter to an established as the best of his generation and a constant favorite among the online betting odds.

Fury, who is known as the Gypsy King owing to his traveler roots, wasn’t actually born into the traveler life with his parents – John and Amber – welcoming him into the world and raising him in their home in Cheshire. It’s hard to believe now but Fury was a real tiddler at birth weighing in at a measly 1lb; his survival chances were very much touch and go.

That said, it was that birth story that made his dad settle on the name Tyson. “Iron” Mike Tyson was a hero of his dad’s and he had seen so much fight in his son simply to survive the birth at such a small weight that he decided he needed a fighter’s name.

Fighting has long been in the Fury bloodline with his father and two uncles having records in the boxing and bare-knuckle fighting arenas. With that in mind, it’s not a huge shock that Tyson followed suit. Fury had barely hit 10-years-old when he really began getting into boxing and a future of fighting clearly beckoned. With his heritage spanning across England and Ireland, Fury was eligible to represent both nations in the ring and did so as a youngster where he climbed the ranks to be recognized as the third best fighter in the world.

As time ticked on though, Fury was left frustrated at missing out on an Olympic appearance for either country; he insists to this day that he’d have won Gold had he been given the nod for the 2008 Games. Instead, though, Fury remained on the less glamorous side of the amateur circuit but ultimately tired of waiting for another shot at the Olympics. With a record of 31 wins and 26 knockouts (and four losses) to his name, Fury turned pro.

Fury made his professional bow in late 2008 as he easily dispatched Bella Gyongyosi and he quickly set about getting some proper experience under his belt. By the time the end of 2009 came around – just 12 months later – Fury had fought a further eight fights; the penultimate of those bouts saw him pick up the first title in the shape of the British Heavyweight belt and the last of the fights was his first fight outside of Great Britain with the O2 in Dublin being his venue for his showdown with Tomas Mrazek. 2009 closed with Fury undefeated from nine fights having relied on points just twice.

Fast forward another year and Fury was still undefeated – and largely untouched – as he headed for his first fight on another continent; that bout saw him go to Canada to take on Zack Page. Back-to-back fights at Wembley Arena followed that with the second being his Commonwealth win over the bookmakers favorite Dereck Chisora.

Fury later defended that belt in a forgotten but good to watch ding-dong with Neven Parkin but within months he vacated the belt to fight Martin Rogan for the Ireland Heavyweight title; the move saw Fury criticized in some quarters for “ducking” David Price, who had been the British boxer that went to the 2008 Olympics ahead of him. Needless to say, Fury denied that reasoning.

The fights and belts kept coming but Fury kept making rather light work of things; by the time he made his debut at Madison Square Garden in 2013, where Fury KO’d the before unstoppable Steve Cunningham, he had picked up the WBO Inter-Continental heavyweight title as well. A couple of high profile fights came with Chisora and Christian Hammer but all eyes were really on Wladimir Klitschko.

The highs and the lows

In November 2015, Fury had his life’s work and dream in front of him in the form of Klitschko and four titles. The bout, which took place in Düsseldorf, was far from a classic encounter with both fighters landing under a quarter of their thrown punchers but Fury won by a unanimous decision. He was the World Champion. It didn’t last all that long though. Fury admits he didn’t know what to do after achieving his dream and alongside issues with the rematch clause Fury battled depression and drugs as he also saw his size balloon.

Fury’s childhood sweetheart, Paris, is cited by the boxer as a key driver in his life and eventually, Fury turned things around to get back on track. Over two and a half years on from his title showdown, Fury was back in the ring.

Sefer Seferi and Francesco Pianeta have brushed aside. His career since then has largely been about a couple of more high profile things; Deontay Wilder, Dillian Whyte and Anthony Joshua. His triple header with Wilder will live long in the memory – particularly the “rising from the dead” moment – whilst his win over Whyte was perhaps more of an expected win albeit at a sold out Wembley Stadium.

After that fight, Fury announced his retirement. If he is true to his word, he retires having completed one of the greatest sporting comebacks of all time. We’re unconvinced though; a match with AJ – or Oleksander Usyk – for a shot at becoming the undisputed Champion will surely tempt one more big fight!