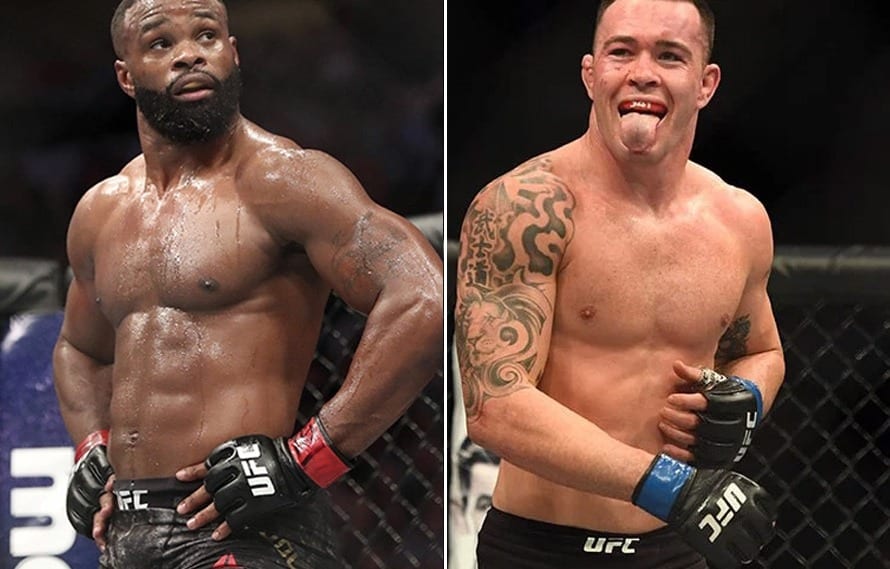 Colby Covington impressed many people with his recent performance — so much so that even bitter rival Tyron Woodley couldn’t hate on him.

Covington made it seven wins in a row when he dominated Robbie Lawler over five rounds in their UFC Newark headliner this past weekend. It now puts “Chaos” in a position to challenge Kamaru Usman for the welterweight title next.

And Woodley seemed to be impressed by what he called a “great performance” from his former teammate:

“The actual performance, he had a great performance,” Woodley said on Ariel Helwani’s MMA Show on Monday. “He put a lot of pressure on Robbie, very good gameplan to press Robbie like that and really deflate him. Some people don’t realize how exhausting wrestling can be. And yeah, he [Lawler] may not have gotten taken down in the 18 or 19 tries he [Covington] attempted but to fight the takedown, to get the underhooks and defend, push him away, to really be hesitant to let your hands go because he might get underneath you and the unrelenting pressure he put on him — it was impressive.

“I can’t hate on him and act like he didn’t put on a performance. He may not have the most power but you can’t really fault somebody for something they weren’t born with. So he has to throw 600 punches. 600 punches may equal 60 of Robbie’s punches. He kept himself out of harm’s way, he kept mixing it up…it looked like a drill match to be honest. He had a good performance. I think Robbie kind of lost focus in the fight.”

So given his performance over the weekend, who does Woodley think will come out on top between Covington and Usman?

“Very tough, I can’t say one thing,” Woodley explained. “It’s any man’s fight. Neither one of them is known for their punching power. Usman will have a little bit more power, a little bit more relaxation and flow. They both have very strong minds, I don’t think anyone’s going to break in this fight. I don’t know exactly how Usman deals with somebody rattling him…I’m interested to see how he responds to it.”

As for Woodley, he could return this year provided it’s the right fight for him. Lawler and Rafael dos Anjos are names he is interested in facing, but if it makes sense for him to wait for the winner of the next title fight, that’s what he’ll do:

“I will return later this year for sure,” Woodley added. “…We’ll see. …Physically, I’ll be prepared to fight this year. If it comes down to a point where it makes more sense for me to sit back and spectate and pick up the winner of this next fight [Usman vs. Covington], obviously that’s going to make the most sense.”

Who do you want to see Woodley face next?