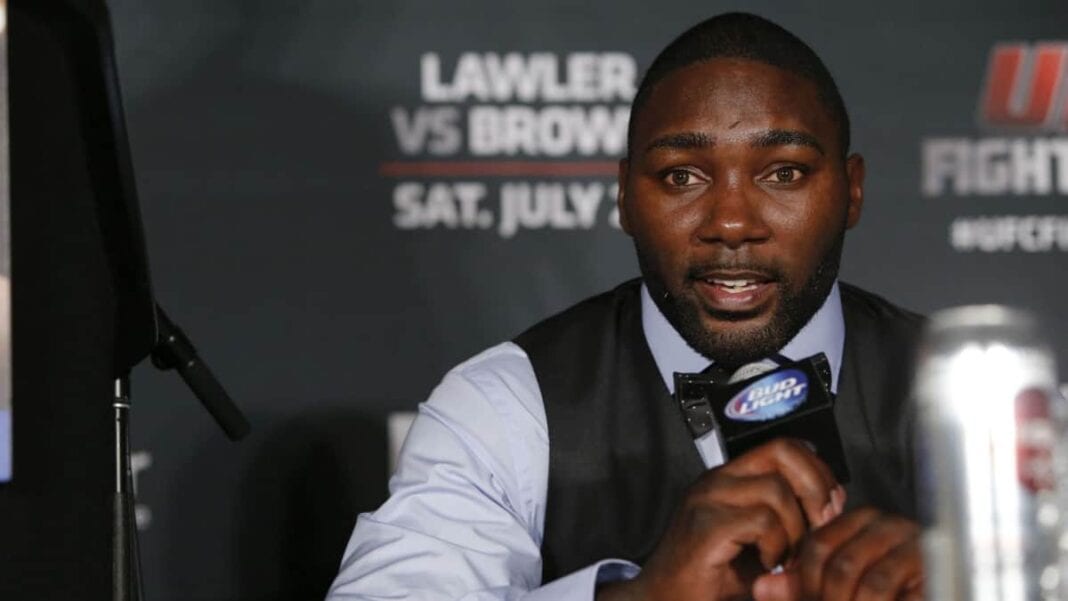 Following yesterday’s (Sat. April 8, 2017) UFC 210 pay-per-view (PPV), as No. 1-ranked light heavyweight Anthony Jonson was submitted by champ Daniel Cormier in the second round of their rematch, ‘Rumble’ decided to call it a career following a second unsuccessful title run.

The mixed martial arts world was taken back by the news of the beloved knockout artist’s decision, and some of the best reactions from the biggest names in the sport can be found here:

I feel like I'm getting punked! Rumble nooooo #UFC210

This is absolutely crazy

@Anthony_Rumble it's been an absolute pleasure watching you fight!! #UFC210 #KOKing

Best of luck in your future career @Anthony_Rumble The LHW will miss your bombs????????

Another hot topic of discussion from the event was Gegard Mousasi’s win over Chris Weidman. Mousasi landed a knee to Weidman’s skull while the New York native’s hands were down, and the referee called for a pause in action.

Soon after doctors ruled Weidman unfit to continue competing, and Mousasi was awarded a TKO victory:

If it was a legal knee the fight needs to start back immediately! @ufc mousasi vs weidman

Respect Gegard he doesn't want to celebrate that win #UFC210

New York commission having a field day here. Apparently weidman had a boob job as well.

This is terrible officiating . Terrible enforcement. I love Chris but this is a debacle #ufc210

Gegard didn't want to win like that; he even told his corner to chill on the celebrating. #ufc210

What TF is going on?! That should be a no contest at worse. #UFC210

NO ONE knows if Gegard wudve gotten the finish. Ppl saying that shit are just dumb IMHO. I've watched 100's of comebacks.
Chris was winning

Both hands have to be weight bearing #UFC210 Legal shots

New York is by far the worst Athletic Commission. Every card has had terrible calls! #UFC210