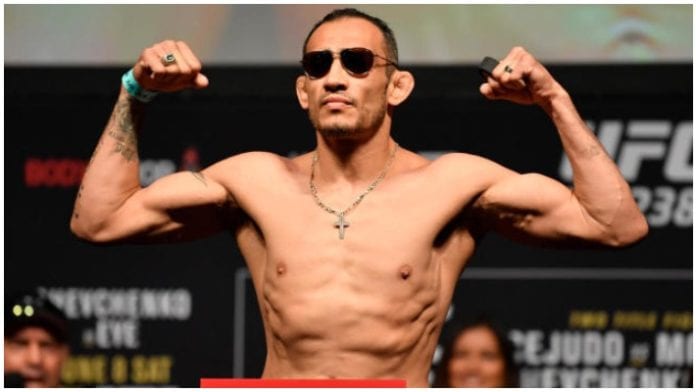 Tony Ferguson appears to be in good spirits.

Ferguson suffered his first defeat since 2012 when he was finished by Justin Gaethje via TKO in the fifth round of their interim lightweight title fight headliner at UFC 249 last night.

“El Cucuy” notably took a lot of damage in the fight as he was bloodied up more than ever before and also suffered a fractured orbital as he was transported to the hospital soon after.

However, Ferguson took to social media on Sunday to reflect on the fight and congratulate Gaethje as well.

Hopefully, Ferguson can have a quick recovery and get right back into the swing of things — especially as the dream fight between him and lightweight champion Khabib Nurmagomedov doesn’t look like it will happen for a while.

Instead, Gaethje — the new interim lightweight champion — will get his chance at Nurmagomedov when they ideally meet later this year in a title unification fight.

What do you make of Ferguson’s response to the setback?