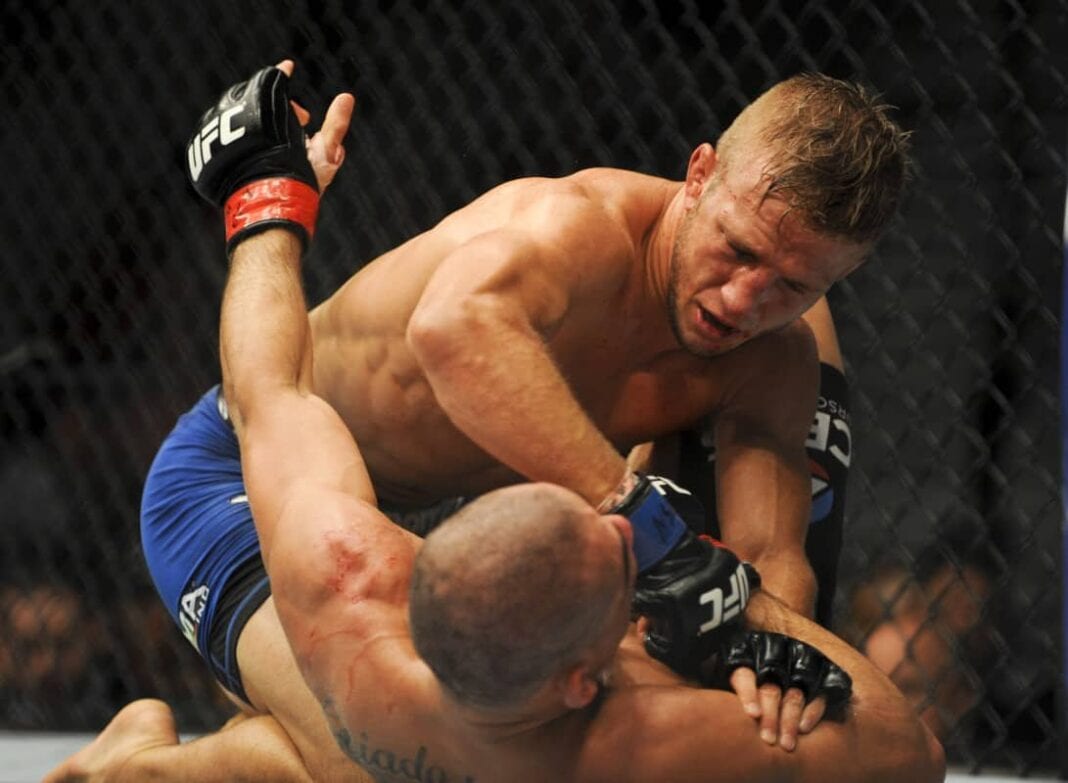 The first round got started with Barao and Dillashaw on the heels of their feet. Barao landed a body kick and a left hook. He then connected with a knee to the body. Dillashaw landed an uppercut and tagged Barao with two big shots. Dillashaw backed “The Baron” against the cage. Barao was able to hit Dillashaw with some hard knees to the body.

Dillashaw wasn’t able to get much going outside of control and they finally broke out of the clinch. Dillashaw missed a head kick. Barao got clipped with a right hook. Dillashaw landed a jab and an inside leg kick. A head kick partially connected for the champion. “The Baron” tagged Dillashaw with a combination. The round ended with Dillashaw throwing a light push kick.

Round two got started and Barao threw a bevy of punches and kicks, but he got caught with a stiff jab. The champion went for a takedown as Barao’s back was against the fence. They returned near the center of the Octagon. Barao landed a kick and briefly took Dillashaw down. The champion scrambled back to his feet and gained control in the clinch. Dillashaw connected with a knee to the body and a right hand. Dillashaw nailed Barao with a high kick. The champion missed a hook and the challenger connected with a knee to the body. Dillashaw once again forced Barao against the cage. He landed some punches and the second round ended.

Dillashaw pressured Barao at the start of round three. He stung Barao with a leg kick. The champion grazed the challenger with a right hook. Barao shot in for a takedown, but Dillashaw briefly controlled him on the ground. They stood back up and Dillashaw connected with a hook.

Barao kept defending takedowns with help from the cage, but it allowed Dillashaw to stay in control in the clinch. They separated and Barao blocked a high kick and attempted one of his own. With seconds remaining in the round, Dillashaw had the challenger wobbly and landed some shots.

In the fourth round, the champion hunted down Barao and starched him with combinations and referee Herb Dean had seen enough.