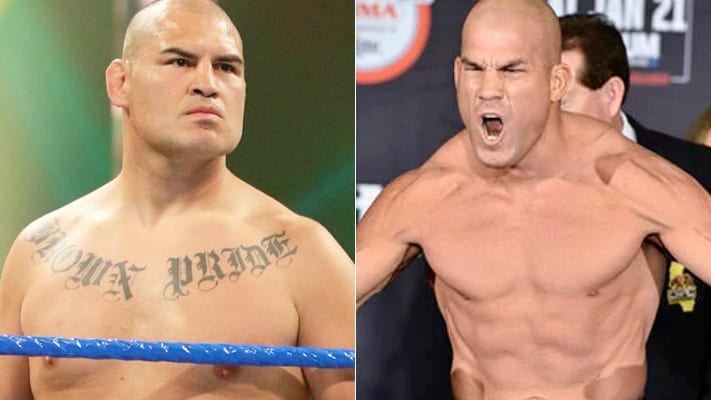 Ortiz takes on former mixed martial artist and longtime professional wrestling star Alberto Del Rio (also known as Alberto El Patron). The fight goes down from Hidalgo, Texas on December 7. Speaking to Bloody Elbow recently, Ortiz discussed his current run with Combate Americas, noting he actually has a couple of fights on his contract with them.

He then added an interesting tidbit, claiming Combate’s Campbell McLaren has spoken to former UFC heavyweight champion, and newly-acquired WWE star, Cain Velasquez. Velasquez is apparently interested in fighting the winner of Ortiz vs. El Patron. Ortiz is open to it if he can meet Velasquez at 205 or 210 pounds.

“It’s not a one and done deal with Combate. I signed a three fight, two year contract with them. So there will be a fight after,” Ortiz said. “Campbell [McLaren] actually talked to Cain Velasquez and he said he’d like the winner of this. If Cain Velasquez can get to 205, I’m in. If he can make it to 210 I’m in.”

As for his matchup with El Patron, Ortiz isn’t giving the former WWE Champion much of a chance against him inside the cage.

“His chances in the fight are pretty much slim to none,” Ortiz said. “I’ll give him that puncher’s chance. He’s a big guy. I didn’t realize how big he was until we came face-to-face.”

What do you think about Ortiz claiming Velasquez could fight in Combate Americas?