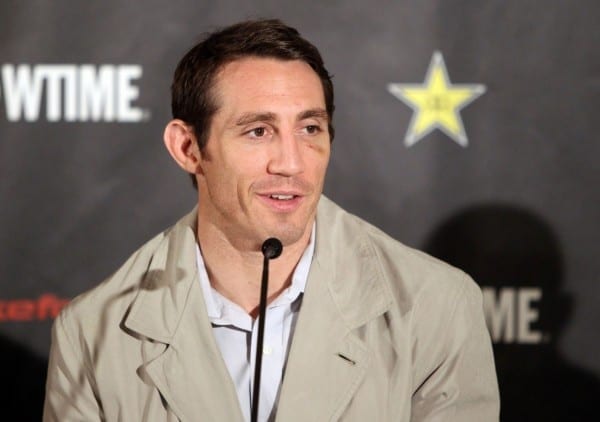 No. 6-ranked middleweight Tim Kennedy hasn’t competed since he dropped an extremely controversial loss to No. 3-ranked Yoel “The Soldier of God” Romero at last September’s UFC 178, but it seems as if he’s finally getting the itch to make his return to the Octagon.

Not only is he interested in fighting again, but it seems as if he knows who he would like to face as well. According to UFC Tonight’s Ariel Helwani, Kennedy is hoping to meet the winner of November 7’s UFC Fight Night 77 main event between No. 4-ranked Vitor “The Phenom” Belfort and No. 12-ranked Dan “Hendo” Henderson.

Belfort and Henderson are both legends of the sport and their next fight will actually mark the third meeting between the two. “Hendo” scored a decision victory back in 2006 in the first meeting, while “The Phenom” put forth a triumphant head kick knockout in the rematch in 2013.

Kennedy, despite having not competed in well over a year, is 3-1 inside of the Octagon and has still remained highly ranked in the crowded 185-pound division. That being said, meeting the winner of Belfort vs. Henderson would probably make quite a bit of sense.

“The Phenom” is a top-five contender, but he’s also coming off of a stoppage loss to current champion Chris Weidman at last May’s UFC 187. If he were to beat Henderson, a bout with Kennedy would be beneficial to both men in order for either to climb up the middleweight rankings.

On the contrary, if Henderson were to get the victory over Belfort, a bout with Kennedy would be ideal as he’s much higher ranked. For Kennedy, a fight with “Hendo” would be a solid test to see where he’s at after his time away.

Does this scenario make sense for the returning Kennedy?