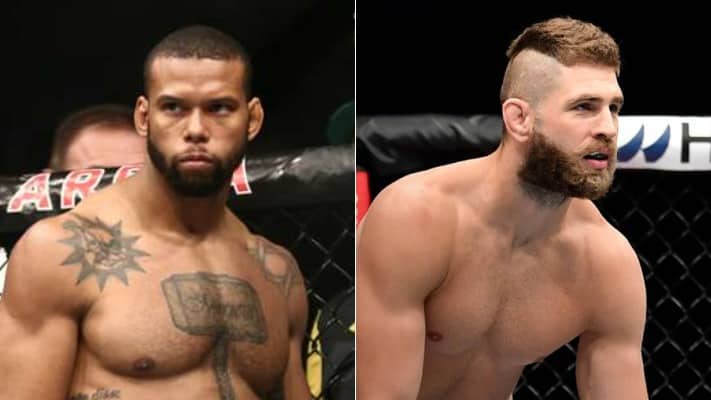 UFC light heavyweight contender Thiago Santos is ready for all comers after his win over Johnny Walker at UFC Vegas 38, earning a decision victory in a fight that failed to live up to expectations of a massive brawl.

Santos got back in the win column after a bit of a losing skid but outlasted Walker on the feet en route to a unanimous decision win. His fight with Walker was one of the most highly-anticipated fights in the light heavyweight division this year, but both fighters seemed gun-shy and failed to push the pace.

After his win over Walker, Santos wants a shot at top contender Jiri Prochazka, if Prochazka doesn’t get a shot to fight as the backup at UFC 267’s main event between Jan Blachowicz and Glover Teixeira.

“If Jiri Prochazka doesn’t want to wait around for the title shot, I’m here. I’m here to face him,” Santos said during his post-fight press conference. “All respect to him, but I watched his fights. He thinks his chin is stone, but that’s because he hasn’t fought against the hammer. If he wants to test his chin, I’m here.”

Santos is by far one of the most feared men in the UFC, and more specifically the light heavyweight division. He’s known as a striker who throws big bombs early and often, but he and Walker seemed tentative in their showcase matchup.

Santos had lost three in a row entering UFC Vegas 38, including a unanimous decision loss to Aleksandar Rakic earlier this year. Before that, he had lost the title shot against Jon Jones at UFC 239 followed by a submission defeat to Teixeira.

Prochazka will serve as the backup to Blachowicz vs. Teixeira after putting on a pair of dominant performances since signing with the UFC. He has knocked out former title challengers Volkan Oezdemir and Dominick Reyes within a span of a year.

A fight between Santos and Prochazka will surely bring fireworks, due to Prochazka’s unpredictable style mixed with Santos forward-pushing approach to most of his bouts. If he doesn’t want to wait too long for the title shot, Santos is ready for a challenge against Prochazka.

What do you think about a potential bout between Thiago Santos and Jiri Prochazka?