LowKickMMA.com
Home UFC News The Rock Wanted MMA Career Before Realizing He ‘Hates Getting Punched In... 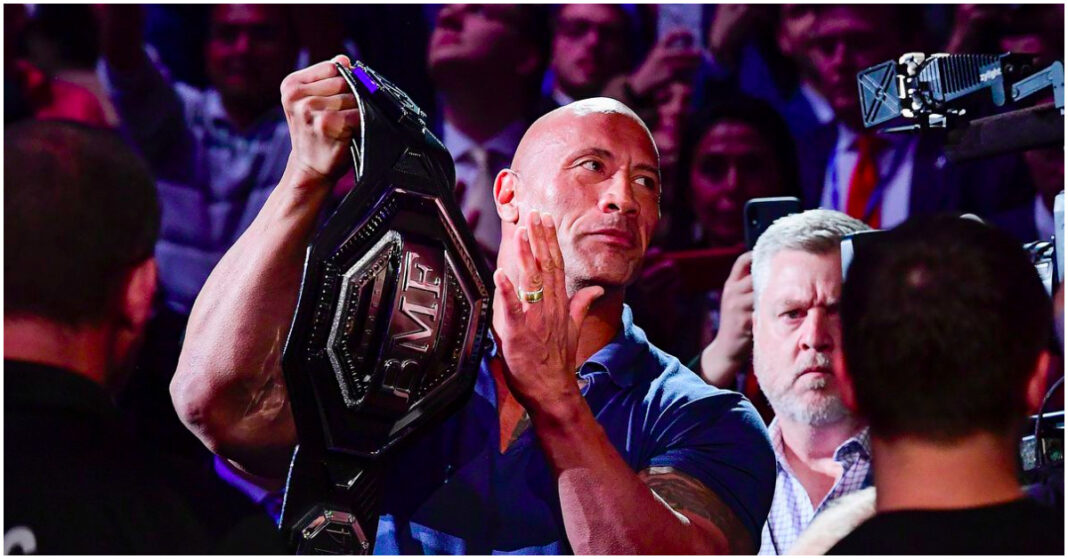 WWE Hall-of-Famer and Hollywood icon Dwayne ‘The Rock’ Johnson says that he once flirted with the idea of pursuing a career in MMA.

The WWE, which was previously known as WWF, signed Johnson in 1996 after the college standout lineman was passed on by all 30 teams in the NFL Draft.

What many don’t know about the rocky start his career got off to and that in 1997 he considered moving to Japan to train mixed martial arts.

Johnson took to Twitter to reveal what stopped him from pursuing a career in MMA, he wrote.

“Fun for journalist to dream up the scenarios if I had competed in @ufc (there was a point in 1997 where I considered going to Japan to train to begin an MMA career when my wrestling career was failing miserably). Realized quick I actually hate being punched in the kisser”

The year 1997 was a massive one for mixed martial arts as it marked the first time Pride FC held an event, sparking the foundation of early growth for the sport.

Johnson, a well-known fan of the UFC has a long history of affiliation with the company dating back to 2019 when he was on hand to deliver the BMF Championship belt to Jorge Masvidal after his UFC 244 win over Nate Diaz.

The Rock Inks Deal With UFC To Become Footwear Outfitter

More recently, Johnson and his Project Rock label signed a deal to become the official footwear brand for all UFC fighters which began this past weekend at UFC 270.

‘The Rock’ has always spoken very highly about the sport of MMA, saying that “UFC athletes are amongst the greatest, toughest, focused, most disciplined, and hardest training athletes on the planet,” adding that he was “proud, grateful and humbled that my innovative Project Rock training shoe is now the official global footwear partner of UFC.”

Project Rock footwear has announced that their product will become available to the public later this year.

Which Heavyweights would you have liked to see The Rock matched up with?