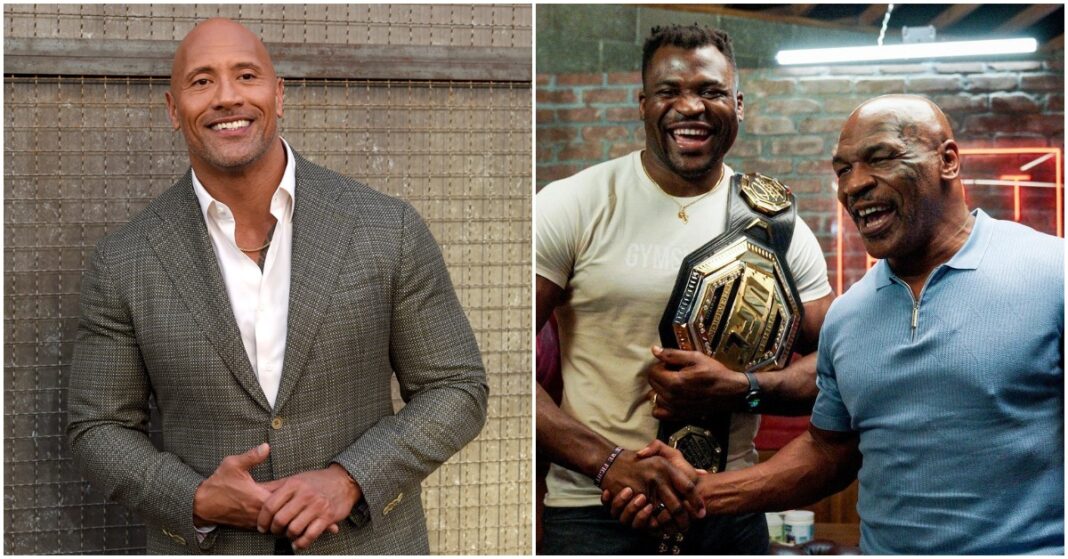 Dwayne ‘The Rock’ Johnson has been talking about the UFC 270 main event which will see Francis Ngannou square off against Ciryl Gane for all the heavyweight marbles.

The WWE icon turned Hollywood movie star has recently inked a “historic” deal with the UFC to provide footwear for the MMA leader. The collaboration will begin this weekend at UFC 270, the promotion’s first pay-per-view of 2022.

The Rock recently hopped on an ESPN interview with Dana White and talked up Ngannou vs. Gane as one of the greatest heavyweight fights of all time.

During his breakdown of the UFC 270 main event, Johnson gave Ngannou some high praise by comparing him to one of the most feared boxers of all time, ‘Iron’ Mike Tyson.

“You have Francis who carries with him this intimidation that is second to none,” Johnson said. “It reminds me of, Dana and I have talked about this before, it almost reminds you of Mike Tyson back in the day where he just, he steps to the octagon with such incredible intimidation and power.” (Transcribed by Sportskeeda)

Ngannou is certainly one of the most devastating KO artists in MMA history. The Cameroonian has finished every man he has ever beaten and 12 of his 16 wins have come via KO/TKO. Ngannou holds KO wins over the likes of Stipe Miocic, Curtis Blaydes(x2), Junior dos Santos, Cain Velasquez, and Alistair Overeem.

Do you think it’s fair for The Rock to compare Francis Ngannou to Mike Tyson?