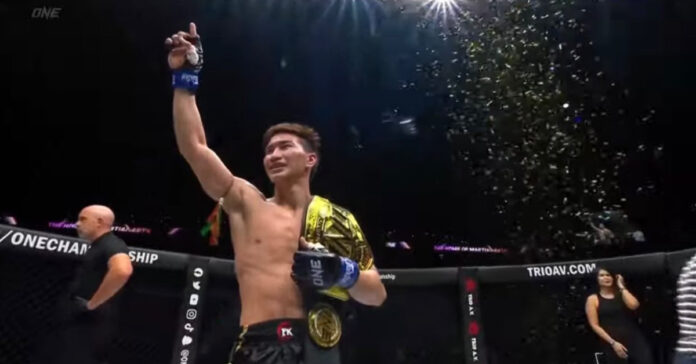 In the main event of ONE 161, No. 1 ranked contender Tawanchai PK. Saenchai defeated featherweight Muay Thai champion Petchmorakot Petchyindee to capture his first ONE world championship on Friday.

Much of the opening round was a feeling-out process with both fighters utilizing kicks to keep a safe distance and establish their timing. Both fighters began to throw leather in the closing seconds of the first with Petchmorakot landing a solid left to the chin of Tawanchai. From there, the pace picked up with both fighters waging full-on warfare by the time the third round began. It was there that the defending champion began to find his timing and started to let his hands go.

Going into the championship rounds, Petchmorakot appeared to take over by bringing relentless pressure to the challenger. After four rounds of action, the contest looked as even as it gets. Petchmorakot’s pressure continued, but Tawanchai was able to stay out of danger with his solid footwork and crisp counterstriking. With the fifth round essentially a coin flip, it was anyone’s guess as to who would come out on top on the judges’ scorecards.

In the end, Tawanchai was awarded the victory and the title by a razor-thin margin, scoring a split decision victory over Petchmorakot.

Check Out Highlights Below From Petchmorakot vs. Tawanchai at ONE 161