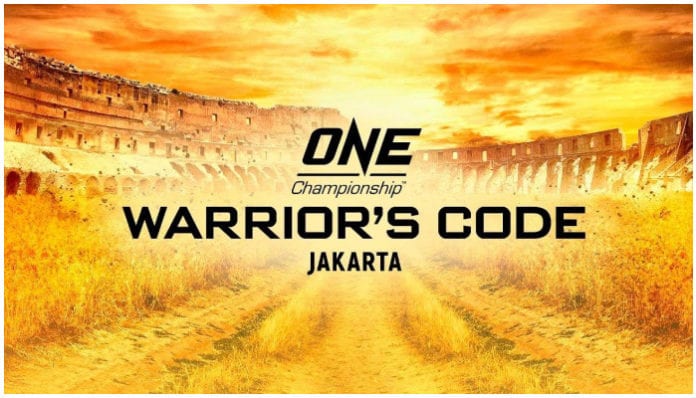 ONE: Warrior’s Code went down today (Fri. 7 February) inside the Istora Senayan in Jakarta, Indonesia.

In the main event Thailand’s Petchmorakot Petchyindee Academy and Pongsiri PK.Saenchaimuaythaigym battled it out for the right to be crowned ONE’s inaugural Featherweight Muay Thai World Champion.

In the co-main event, Brazil’s Leandro Ataides took on the Netherland’s Reinier de Ridder in an anticipated middleweight clash.

Here are the full results from ONE: Warrior’s Code.