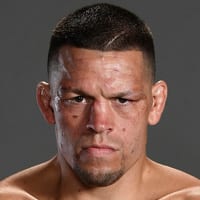 Ben Askren doesn’t believe Nate Diaz has much of a chance...