LowKickMMA.com
Home UFC News Stipe Miocic To Seek Out Colby Covington For Words Said To His... 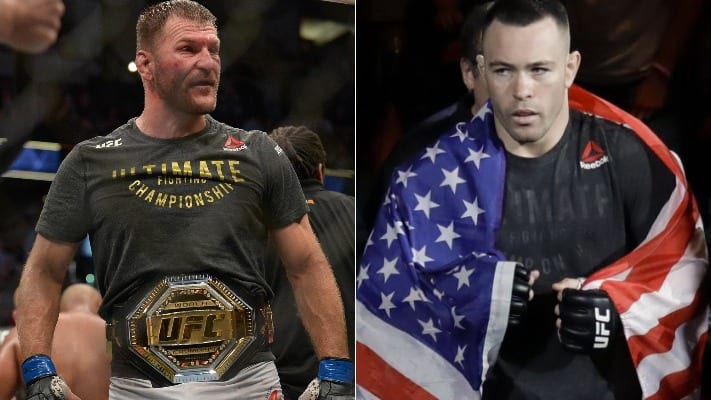 If it was even possible, it looks like Colby Covington is in more hot water with another UFC fighter. This time, heavyweight champion Stipe Miocic.

According to Miocic, Covington said some stuff to his wife following his win over Daniel Cormier at UFC 241 last month. Because of that, he plans on having a chat with “Chaos,” but just a regular one.

“I’m not talking about that kid, I’m kinda upset with that kid,” Miocic said in a recent interview. “He was saying stuff to my wife after my fight. I’m going to have to talk to him. Just a normal conversation. I’m not going to go out and take his head out. Just want to talk to him.

“My wife was walking to me in the cage. He was saying something to her and my manager being the man that he is, told him to shut the f*ck up. I’m going to find out, I’m like the FBI, I will find out what he said and go up to him and talk about it.”

Miocic is not the only one with problems with Covington. The list includes the likes of welterweight champion Kamaru Usman, his manager Ali Abdelaziz, Jorge Masvidal, Dustin Poirier, and probably many others.

The latter two happen to be teammates at American Top Team as well.

What do you make of Covington’s newfound issues with Miocic? Are you even surprised?