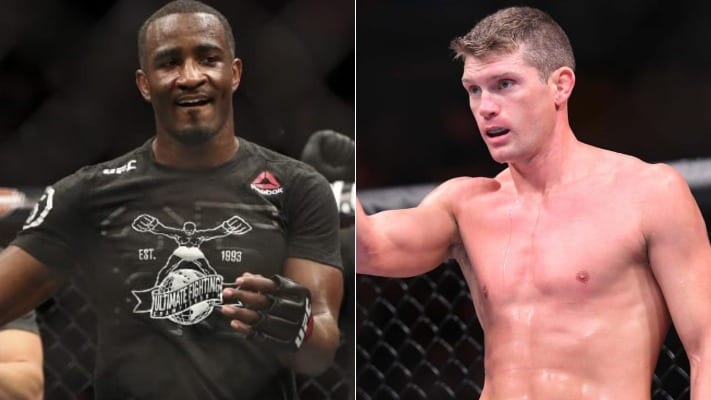 An exciting welterweight bout between Stephen Thompson and Geoff Neal is in the works.

That’s according to ESPN’s Brett Okamoto who reported Wednesday that the UFC was targeting the matchup for the upcoming Fight Night event on December 19 in Las Vegas.

That card will notably be headlined by another planned welterweight bout between Leon Edwards and Khamzat Chimaev. Thompson vs. Neal is expected to serve as the co-main event.

Thompson hasn’t competed since a unanimous decision win over Vicente Luque at UFC 244 last November. That victory snapped a two-fight losing streak for the former title challenger who will be seeking to climb the ranks further.

As for Neal, this will be his biggest opponent yet both in terms of name and ranking. He last competed at UFC 244 as well when he became the first person to finish Mike Perry via TKO.

The unbeaten 30-year-old — currently on a seven-fight winning streak — was later booked to face Neil Magny until he was forced out due to health concerns.

What do you think of this fight and who takes it?