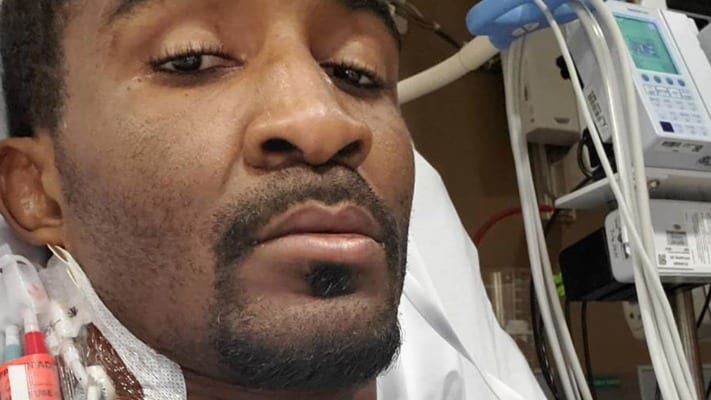 Geoff Neal’s longtime coach Sayif Saud explained what led to the welterweight contender being forced on the sidelines.

Neal was set to face Neil Magny at the UFC’s upcoming August 29 event. However, he revealed on Sunday that he had pulled out of the fight after suffering an unknown medical condition that nearly led him on the brink of death.

And according to Saud, it all started earlier this month when Neal was suffering from an unknown infection that resulted in him falling into critical condition last week.

“For two days, we didn’t know if he was gonna make it,” Saud told ESPN. “He went to the emergency room on Sunday [Aug. 2], he was septic by the time he got there. I spoke to the nurse and she says, ‘We need to take him to ICU right now, he’s in critical condition.’ That’s when my heart really sank.

It wasn’t the flu or COVID-19 either as Neal tested negative for both. However, physicians informed Saud that Neal’s heart was failing at one point which is why he was placed on dialysis.

He is on his way to recovering now, however.

Neal is regarded by many to be a future title contender as he is currently 5-0 with the UFC and coming off a first-round TKO win over Mike Perry in December last year.

He was struggling to land a ranked opponent ever since, so it will come as a huge blow that he won’t be fighting Magny anymore. However, his health is more important at this point so hopefully he has a speedy and full recovery.

Do you think Neal will fight again?