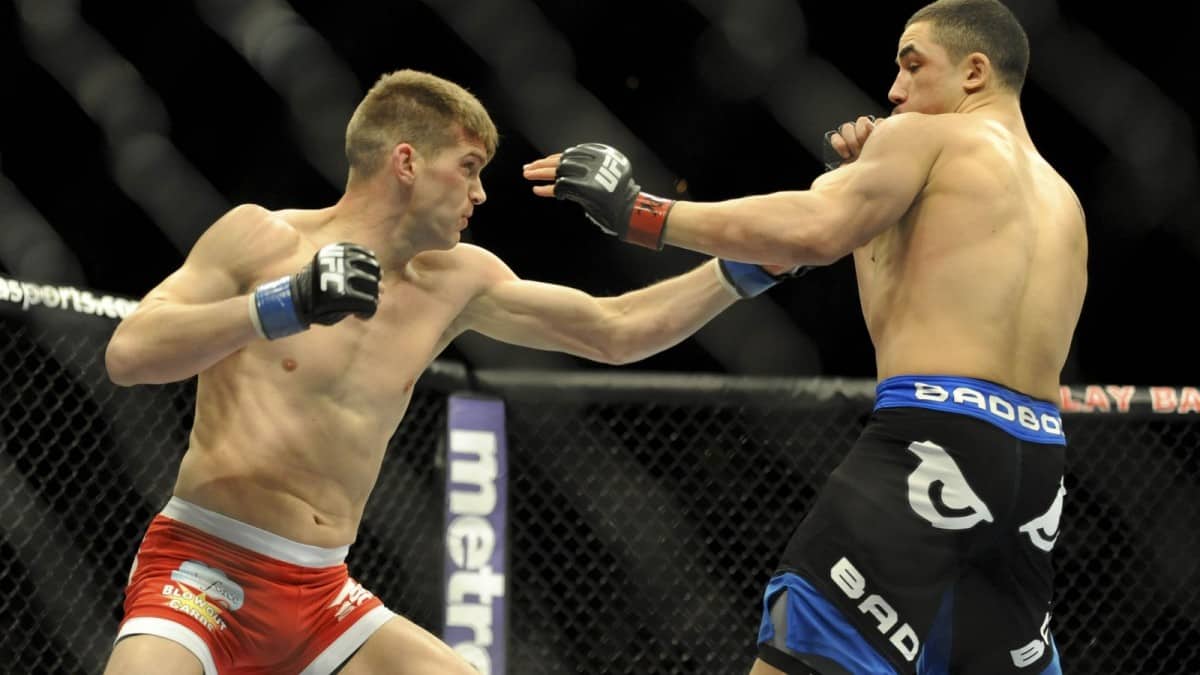 Winning six of his seven UFC bouts, five out of his last six, and his only loss being to top contender Matt “The Immortal” Brown, Stephen “Wonderboy” Thompson is without a doubt a dark horse in the 170-pound division and he made quite a huge statement last night (July 12, 2015) to prove that.

Thompson took on powerful veteran Jake “The Juggernaut” Ellenberger in the main event of The Ultimate Fighter (TUF) 21 Finale, and absolutely obliterated Ellenberger. Known for his decorated kickboxing background, “Wonderboy” used his length to keep Ellenberger at bay, and landed two picture perfect spinning heel kicks, finishing “The Juggernaut” after the second one to earn a bonus and make a name for himself.

Check out the highlights here.

As for what’s next, Thompson may break in to the welterweight rankings, and he expressed his interest in a top-10-ranked opponent in his post-fight interview. Ironically, a top-15-ranked welterweight in the form of Gunnar Nelson fought at last night’s (July 11, 2015) spectacular UFC 189, scoring an outstanding first-round finish over Brandon Thatch.

“Gunni’s” head coach John Kavanagh, head coach of the rising Straight Blast Gym in Ireland, was campaigning on his twitter before and after “Wonderboy’s” fight that Nelson and Thompson face off in the main event of the UFC’s October return to Dublin, Ireland, where Nelson has a huge following:

Sitting down to @WonderboyMMA now. As a fan, him v @GunniNelson for @ufc Dublin main event in October sounds good @seanshelby !

“I think that would be a very exciting matchup. I know his (Nelson) ground game is like legit, but I’m up for anything right now. I want to make that break into the top five, and make a run for the title baby. I think that’s why we do what we do, we want to be the best.”

Both men are obviously rising welterweights, with exciting styles and finishing abilities, which could make for a very exciting matchup. Would you like to see these two square off in Dublin?