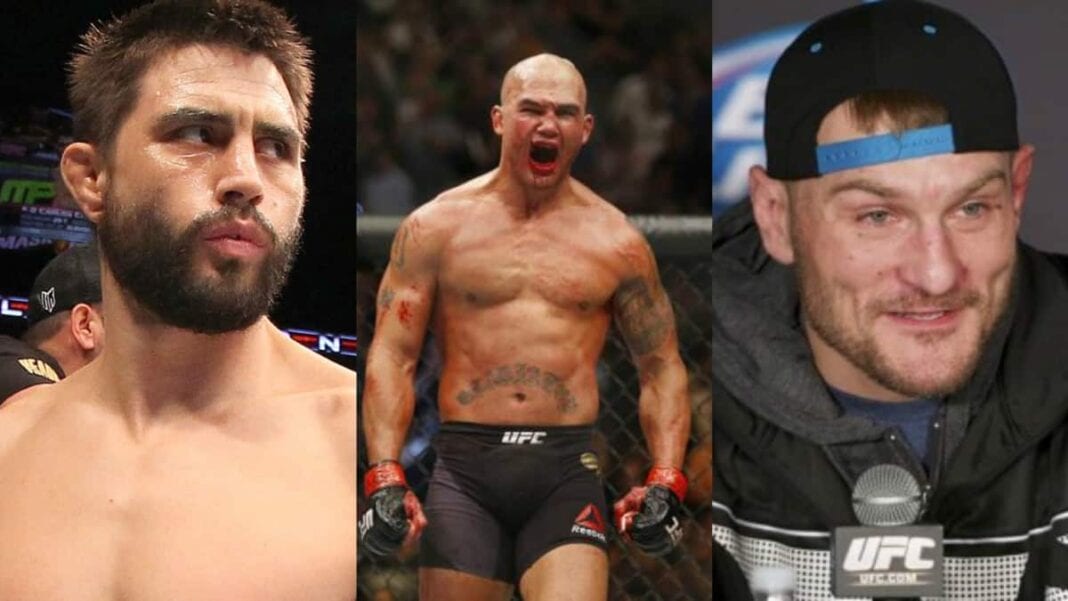 With the momentum of arguably its best year now the proverbial wind in its sails, the UFC wasted little time last night in setting up a blockbuster year by tentatively scheduling Conor McGregor vs. Rafael dos Anjos for the lightweight title and Holly Holm vs. Miesha Tate for the women’s bantamweight title at March 5’s UFC 197.

And last weekend’s UFC 195 event from Las Vegas got the New Year started off right for MMA’s biggest promotion, as Robbie Lawler and Carlos Condit capped off a stellar card by throwing down In a scintillating and controversial war for the welterweight title in the event’s headliner.

Perhaps a majority of the viewing populace and media believed Condit had definitely done enough to win the title by out-landing the power-centric ‘Ruthless’ by an almost laughably wide margin. But the bludgeoning champion never stopped pushing forward despite appearing to be completely shut down by ‘The Natural Born Killer’s’ varied, diverse offensive strategy at numerous points. The judges awarded Lawler yet another close split decision win, much to the dismay of the Octagon-side crowd.

READ MORE:  Hasbulla Sends Message To Dan Hooker Ahead Of UFC 267: 'I Smash You, Be Careful'

The well-versed and travelled Condit unfortunately hinted he may retire after the thin, debatable loss as a veteran of 40 combat sports bouts, but truthfully the Jackson-Winkeljohn’s product has absolutely nothing to hang his gloves on. He should be the champion in the eyes of many, and ‘Ruthless’ has already voiced his desire to rematch Condit after a hellacious fifth round onslaught undoubtedly stole the fight on the judges’ cards for him.

In the UFC 195 co-main, rising heavyweight Stipe Miocic made a huge statement by halting the resurgence of former heavyweight champion Andrei Arlovski in the first, and then calling for his title shot with a stream of expletives directed toward Dana White and Lorenzo Fertitta.

All in all, it was a stacked event that featured a wide range of powerful emotions and MMA action. To commemorate the first event of what is sure to be an historic 2016, the UFC chronicled UFC 195 with its ‘The Pain & The Agony’ video on Fight Pass. Check out the preview of inspirational event recap right here: