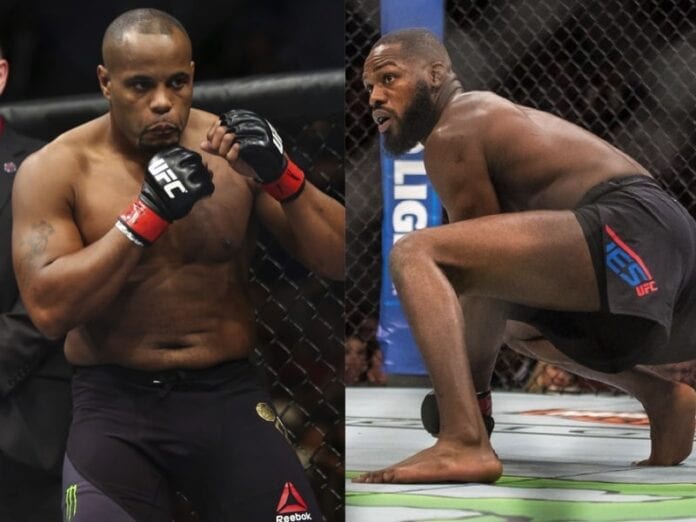 Dana White tells me if Jon Jones is healthy and Daniel Cormier is cleared on an MRI on Monday, they will headline 200.

Cormier was supposed to be Jones’ original opponent Saturday night, however an unfortunate injury suffered in training camp forced the champion to pull out of the anticipated rematch. Thus Ovince St. Preux stepped up to fight the returning Jones for the interim 205 pound strap.

Jones and Cormier’s bitter rivalry extends as far back as January of last year when the then champion Jones successfully retained his title against the undefeated olympian. Jones was then scheduled to defend his title against Anthony “Rumble” Johnson, however a hit and run incident resulting at the hands of Jones caused the UFC to suspend him indefinitely and strip him of the title.

Cormier would step in to fight “Rumble” for the vacant title, winning it in the third round via submission. Cormier would even go on to successfully defend his title against Alexander Gustafsson.

With the UFC’s original McGregor vs Diaz II main event falling through, the card is in desperate need of a huge main event. The dynamic rematch between two of the greatest light heavyweights of all time for the biggest prize in the sport is certainly a worthy main event.