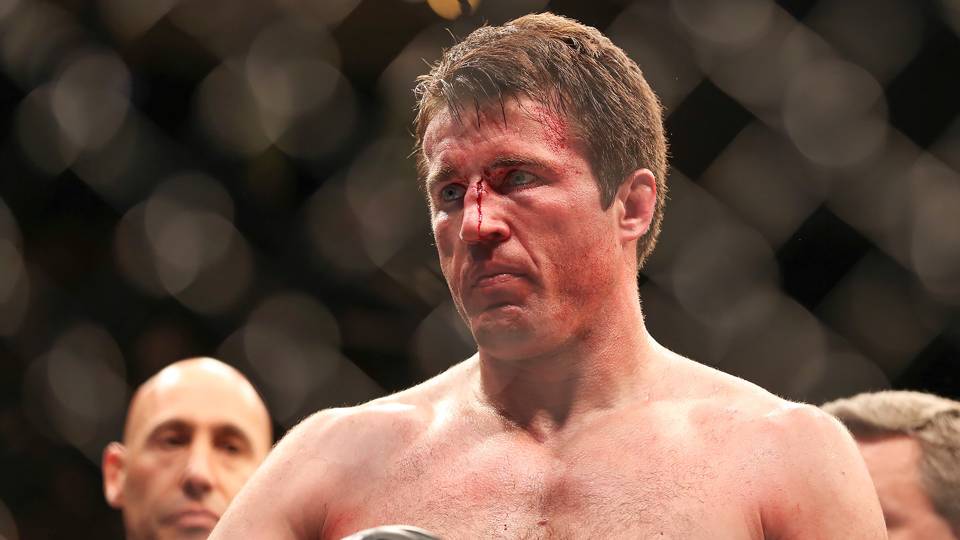 Over this past weekend (Sat. October 13, 2018) Chael Sonnen suffered a heartbreaking loss at Bellator 208.

In the semi-finals of Bellator‘s Heavyweight Grand Prix Tournament, Fedor Emelianenko defeated “The American Gangster” via first-round TKO. Fedor will advance to the tournament finals to face Ryan Bader, and crown a new Bellator heavyweight champion.

After his losing effort, Sonnen spoke to “The MMA Hour” to offer his reaction to the loss. Sonnen noted that everything hurt him physically at the moment, and emotionally, he feels heartbroken (via MMA Fighting):

“Physically, everything hurts,” said Sonnen. “[Emelianenko] hit me with a missile about five-seconds in. That one still hurts a little bit. But other than that, I am doing well…My teeth are okay.

“If I had one wish going into a fight, aside from serious injury, it’s that I won’t lose a tooth. I had that same wish since I started this when I was 19 years old.

“But, yes they are all intact. Emotionally, I get heartbroken about these things. From a competitive standpoint, I have dedicated my whole life to this since I was nine years old and I would have started earlier if my dad would have let me.

“He wouldn’t let me start until I was nine. It hurts. It hurts really bad that you don’t get those moments back.”

Sonnen has shared the cage and lost to legends of mixed martial arts (MMA) before. Those include names such as Anderson Silva (twice), Jon Jones, Tito Ortiz, and Rashad Evans. The heartbreaking feeling is no stranger to Sonnen. But at the end of the day, Sonnen believes this is what it means to be a fighter:

“I’ve had these feelings before,” said Sonnen. “I am convinced, in my interpretation, this is what it means to be a fighter. Somewhere over time that word became corrupted.

“It became about the punches and the kicks. But I’ve always believed it’s feeling like I’m feeling right now and getting out of bed anyway and facing the media and getting back on it.

“So now I have to be a fighter. I prefer to be a winner, I prefer to be on top of the world and looking down on everybody else. But today I’ve got to fight.”