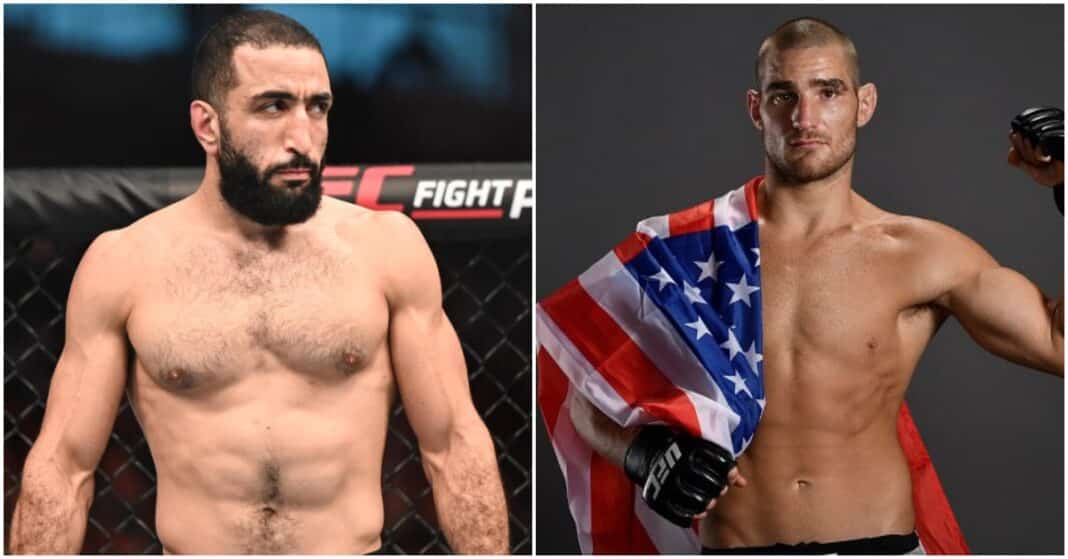 In a recent social media back and forth back between Sean Strickland and Belal Muhammad, Strickland shared his ‘fantasies’. about what he ‘would do’ to Muhammad.

Ever since Strickland’s win against Uriah Hall in July, the middleweight contender has quickly garnered a reputation for his outlandish comments and eccentric personality. Initially beginning with his comments in his post-fight interviews following the win. From he’d probably end up “cooking meth in a trailer” if he hadn’t made it to the UFC, to his addiction to adult content. He went on to say in the same interview “I would love nothing more than to kill somebody in the ring. Nothing more. It would make me super happy.”

Strickland also made similar comments on how he regretted not shooting a man in the head via his Instagram.

Strickland was scheduled to face Luke Rockhold at UFC 268 on November 6 but due to herniated discs, Rockhold withdrew from the bout. This lead to him being called out by welterweight Belal Muhammad, stating via Twitter “If they need someone for Strickland I’m down I hate that piece of trash.” Mohammad went on to state “he disrespected Palestine so I wouldn’t mind disrespecting his face”.

This lead to a heated back and forth which including Strickland stating “The next time I see you, I could just fucking backhand you. Thank you for giving me the opportunity you little fucking pussy.” But in Strickland’s most recent message he shared some rather strange thoughts.

“I want to make you an offer. You’re going to be in Vegas next week. Me and you, we can meet up in the desert dude and we can just do some weird shit together,” Strickland said in his Instagram stories. “Because it’s like, this is something that I’ve always fantasized about you know? And you are like a gazelle that wants to be a lion and you’re accepting what I want to do to you. And like dude, I want to do some weird shit to you man. Like oh man. It’s just so exciting that you’re just so okay with me doing it. Like there’s some things I’ve fantasized about for a long time and I feel like you’re going to let me do it to you.” (Transcribed by MMA Mania)

Although this back and forth is somewhat entertaining the reality is that the likelihood of this bout coming to fruition is extremely low. Although both are highly ranked (Strickland #7 Muhammad #9) they are in different divisions, Muhammad has never fought at middleweight and it would be on three weeks’ notice.

What do you think? Do you think Sean Strickland’s comments take it too far?