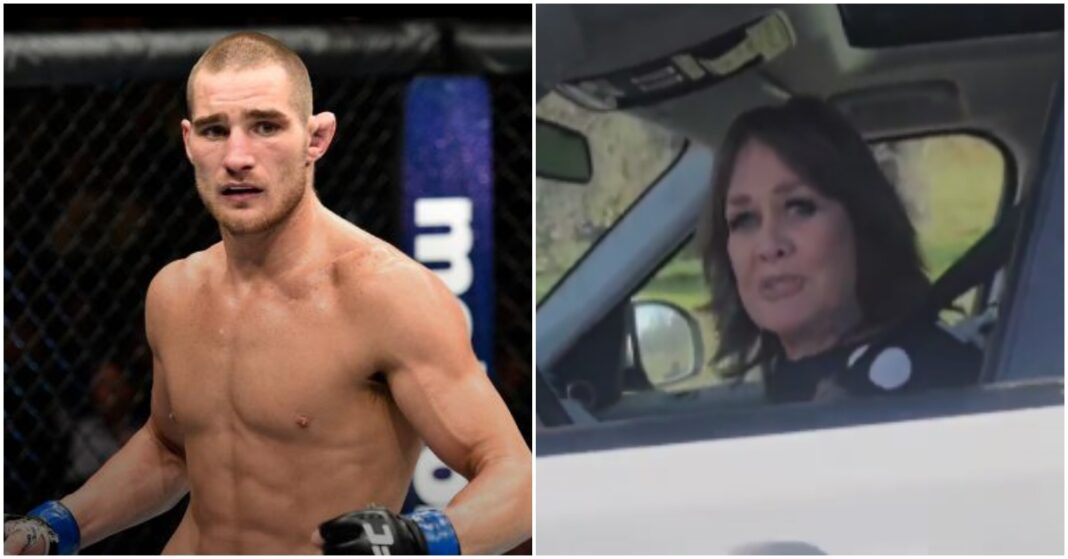 UFC middleweight Sean Strickland posted a video to social media of him confronting a woman he claims almost hit his car.

It seems that the 31-year-old Strickland somehow adds to his outlandish persona every other day. This is just the latest in a long list of Strickland’s controversies. Whether it be making homophobic comments, stating “Ukraine should just bend the knee and become Russian” or even admitting he was once a ‘neo-nazi’ Strickland continues to push the boundaries.

This time though, ‘Tarzan’ posted a video on his Twitter of a traffic altercation, confronting a woman he claims almost hit him with her car, calling her a “b*tch.”

“You are the rudest person I have ever met!” the woman proclaims about Strickland during the confrontation.

“Do you have a boyfriend or a fucking son you can call over here?” Strickland replies.

“Yeah I do, he works for the government. He’d be really happy to get these license plates.” the woman says.

“Get the fuck outta here, fuck off, yeah, please do, you fucking dumb bitch.” Strickland quickly snaps back, at this point the woman drives off and the video ends.

Does Sean Strickland Take It too Far?

Since Strickland’s move up to middleweight and his breakout year of 2020, we have slowly seen him turn into a media darling, with articles being posted constantly about the controversial fighters’ actions.

Although the No. 4 ranked middleweight has seen an increase in exposure and has grown a solid fan base, do his actions take it a step too far? Many fighters around the UFC have come out to condemn Strickland for many of his actions including several clips surfacing of him knocking out less experienced fighters in sparring.

If Strickland was to be in any other sports league he most certainly would have faced some kind of repercussion for his actions and faced some kind of ban or fine but the American has come through every cancel attempt or criticism unscathed.

What do you think about Sean Strickland? Do you think he takes it too far and if so, what kind of punishment should he get?